College-admission ACT scores up in Dist. 202 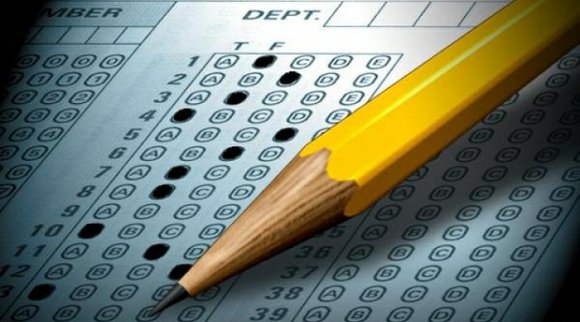 District 202 seniors taking the ACT last year had a composite score up 20.8, up from 20.7 the previous year.

The district's ACT score rose for the second year after dipping in 2013. ACT scores dropped statewide that year because of significant changes in the test score reporting process.

This ACT score reflects the achievement of all 2015 graduates over time, which encompasses both standard and extended time tests from all students whose scores are reportable to college.

In 2013, for the first time ever ACT counted results for students who must take the ACT as juniors to meet state law, but are allowed extra time to take the exam. ACT added these scores in an effort to more accurately reflect overall student achievement. The change resulted in lower scores statewide.

The ACT measures students' readiness for college, and is widely used for college eligibility by Midwestern institutions of higher learning. The ACT is scored on a 36-point scale, with 36 being the highest possible score. The scores represent the most recent results on the ACT taken by students who graduated last spring.

"Our teachers and staff are committed to helping all of our students do their very best on the ACT, which is a very important measure of their academic growth," said Dr. Dan McDonnell, director for high school curriculum and instruction.

"Although we look forward to doing better each year, we are very proud of this year's score," he said.

All Illinois students take the ACT as part of the state's Prairie State Achievement Exam as juniors. Students may also take the ACT privately as sophomores, juniors or seniors. This data represent their most recent scores.

District 202 has worked to improve high school academic achievement by increasing the rigor of the curriculum, aligning curriculum with state and national learning standards and opening access for all students to more challenging classes.

SOME IMPROVEMENT IN "COLLEGE READY" STUDENTS

District 202 also maintained or saw slight increases in the percent of students who meet "college readiness benchmarks" in most of the core subject areas tested.