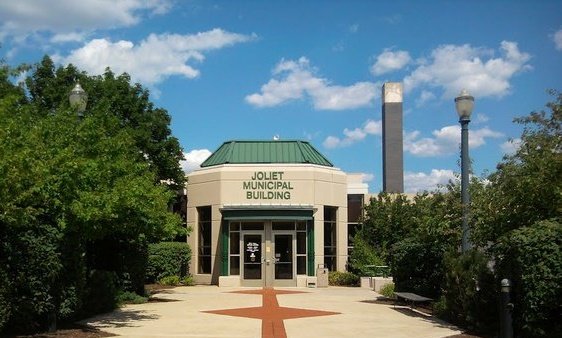 Three Joliet city lawyer positions are being eliminated in a cost-saving measure that's part of the proposed 2016 budget.

The city of Joliet will lay off three staff lawyers and ship the bulk of its legal work to private law firms under changes included in the proposed 2016 budget, Mayor Bob O'Dekirk confirmed Tuesday.

The major upheaval in the city legal department was not mentioned in City Manager Jim Hock's budget presentation to the Joliet City Council Monday, and the staff was not informed of the impending layoffs until Monday, Assistant Corporation Counsel Gregory Smith said Tuesday.

"It came as a surprise to me," said Smith, an 11-year department veteran who oversees the litigation of property damage, personal injury and federal civil rights claims filed against the city.

The office restructuring -- which will leave only Corporation Counsel Martin Shanahan in place as of Jan. 1 -- will not affect Smith, who announced plans in September to leave his post by year's end. However, it will eliminate the assistant corporation counsel jobs of John Wise, who's been with the city for 15 years, and Mary Kucharz, who's been on the staff for more than 20 years.

O'Dekirk said the move is a cost-saving measure since most of the work being done by the lawyers, including contract negotiations, municipal ordinance prosecution and worker's compensation cases, could be handled less expensively by private firms. In addition to not having to pay the three salaries, there would also be savings in insurance, benefits and pensions.

The legal department's proposed budget for 2016 is $1.794 million, about $470,000 less than what will be spent by year's end and far less than the $2.82 million spent in 2014. Much of that money went to legal fees for the condemnation suit to acquire the Evergreen Terrace apartment complex.

Smith declined to comment on what he thought of the proposed changes, which must be approved by the council as part of the new budget. The next council meeting on the budget is Monday night.

O'Dekirk stressed that dissolving the legal department had nothing to do with his request to hire an inspector general, who will investigate allegations of malfeasance and fraud leveled against city officials and staff. The new administrator will also handle the prosecution of misdemeanor criminal cases so that the city, rather than Will County, can collect the fines assessed through convictions, he said. New income generated by that work will fund the new salary.

An ordinance creating the new position is still being drafted, but the inspector general will be appointed by the mayor, with the council's approval, O'Dekirk said.

"(The new administrator) has to be an attorney, he will be a litigator and an investigator," he said. "I definitely have someone in mind for the job."

He declined to identify the person he's considering, saying that only after the ordinance is complete will a prospective candidate be presented to the council.

However, the promise of someone taking the job has already had the desired effect, O'Dekirk said.

Of the 18 fire department employees on disability, 13 returned to their jobs within three weeks of his announcing that an inspector general would be hired, he said -- including one who had been out since March 2014 for plantar fasciitis, a foot ailment.

"I believe the job will pay for itself (just by eliminating the overtime that must be paid when employees abuse the system)," he said.