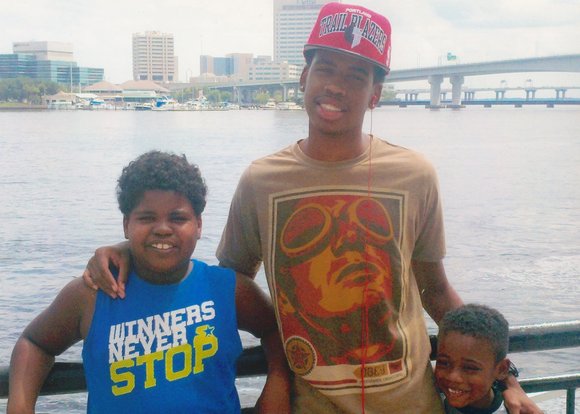 Special from The Washington Informer

It was a death that dominated the headlines.

Jordan Davis, an African-American teenager, and a group of friends were sitting in their parked car in Jacksonville, Fla., playing rap music and, otherwise, just minding their own business.

But Michael David Dunn, a 45-year-old White man and software developer, didn’t appreciate the music and, after a brief argument, returned to his own car where he grabbed a loaded handgun and fired 10 rounds into the car occupied by Davis and three others.

Only Davis was hit and the 17-year-old died of his injuries.

Today, that incident has been turned into a documentary titled, “3½ Minutes, Ten Bullets” which airs this month on HBO.

On Monday, Nov. 23, the third anniversary of the shooting, the Center for American Progress’ Reel Progress hosted a screening of the film beginning at the Landmark E Street Cinema on E Street between 10th and 11th Streets in Northwest.

The screening featured a discussion by Davis’ parents Lucia McBath and Ron Davis.

“When we started this journey, our aim was make sure that Jordan’s story was not going to be forgotten, that he would not become a statistic in an increasingly violent world,” Marc Silver, the film’s director, said in a statement. “We are now certain that Jordan’s story will reach the widest, most diverse audience possible.”

Earlier this year, the film won the U.S. Documentary Special Jury Award for Social Impact at the 2015 Sundance Film Festival.

The documentary takes viewers into the altercation between Davis and Dunn that ended with Dunn firing 10 shots into Davis’ vehicle and then fleeing.

It details the exchange of angry words on that night at a Gate Gas Station on Southside Boulevard over the volume of the music coming from the Dodge Durango in which Davis was seated.

The documentary also includes police interrogation footage, prison phone recordings between Dunn and his fiancé, who was at the scene of the shooting, and interviews with Jordan’s friends. It also has footage from Dunn’s trial and scenes of Davis’ parents – all shot over 18 months beginning in summer 2013.

After fleeing the scene of the crime, Dunn ultimately was apprehended by Florida law enforcement and later attempted to use the shield of Florida’s controversial “Stand Your Ground” law to justify his actions as self-defense, which former Neighborhood Watch Captain George Zimmerman successfully used after he killed unarmed African-American teenager Trayvon Martin.

After two years and two trials, Dunn was convicted of murdering Davis and is now serving life in prison without the possibility of parole.

Patti Brigham, who chairs the League of Women Voters of Florida’s Gun Safety Committee, said the film is an eye-opener.

“It’s about a sort of infamous ‘Stand Your Ground’ case in Florida,” said Brigham. “Michael Dunn, middle-aged white man, Jordan Davis, African-American teenager. It was a shooting in Jacksonville at a gas station over the volume of the music coming from the young man’s car, Jordan Davis. And, Michael Dunn wound up firing 10 bullets at the car, which was filled with unarmed teenagers.”

Brigham told reporters in Jacksonville that the goal of the film is to not only depict racial bias, but to show what can occur when guns are introduced in certain situations.