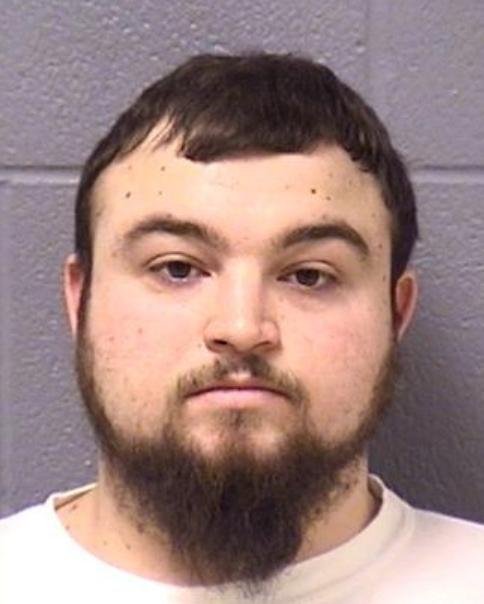 The Will County State's Attorney's Office issued this press release:

Will County State’s Attorney James Glasgow announces that a Crest Hill man has been charged with child pornography as part of an ongoing investigation launched by investigators from his office.

Andrew M. Veselsky, 25, of 1326 Cedarwood Drive, was arrested at his home on Tuesday by investigators from the State’s Attorney’s High Technology Crimes Unit and officers from the Romeoville Police Department.

The charges stem from an investigation launched by the State’s Attorney’s High Technology Crimes Unit. Glasgow created the specialized unit in 2012 to track to predators who use the Internet to download illegal child pornography.

Investigators from the unit had identified a computer used to download child pornography with an Internet Protocol address that led them to the Romeoville home of Veselsky’s parents. The defendant had been living there until recently. Investigators executed a search warrant at that home and learned that Veselsky had moved to Crest Hill.

Later in the day, investigators executed a search warrant at the Crest Hill address. He was arrested without incident. Computers were seized as part of the investigation.

In the past three years, the High Technology Crimes Unit has arrested and charged 74 individuals following investigations into allegations of child pornography and/or child sexual abuse.