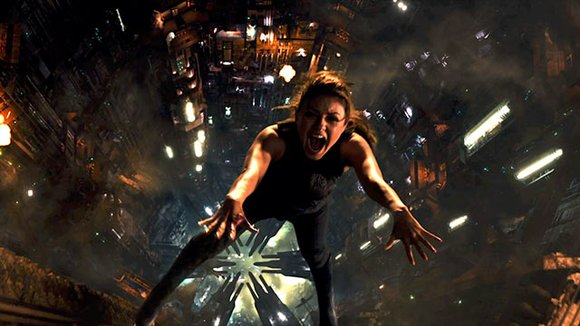 Jupiter Ascending (PG-13 for violence, partial nudity and some suggestive content) Mila Kunis stars as the title character in this futuristic sci-fi as a humble housekeeper who learns from an intergalactic emissary (Channing Tatum) that she’s actually an alien aristocrat and the heir apparent to planet Earth. With Eddie Redmayne, Terry Gilliam, Gugu Mbatha-Raw and James D’Arcy.

3 Nights in the Desert (Unrated) Intriguing romantic romp revolving around the awkward love triangle drama which arises when a musical trio reunites in the desert a decade after the band members went their separate ways. Co-starring Wes Bentley, Amber Tamblyn and Vincent Piazza.

5 Hour Friends (Unrated) Romantic dramedy revolving around an unrepentant womanizer (Tom Sizemore) who gets a taste of his own medicine when he finally meets his match (Kimberlin Brown). With Musetta Vander, Dan Hewitt Owens and Leilani Sarelle.

1971 (Unrated) Freedom of Information documentary recounting the break-in at a Pennsylvania FBI office by whistleblowers who found proof of the existence of an illegal surveillance program monitoring the movements of thousands of U.S. citizens.

Enter the Dangerous Mind (Unrated) Psychological thriller about a reclusive musician (Jake Hoffman) who starts dating a homeless woman (Nikki Reed) he meets at a shelter until he is manipulated into sabotaging the budding relationship by his skeptical roommate (Thomas Dekker). With Jason Priestly, Scott Bakula and Gina Rodriguez.

Love, Rosie (R for profanity and sexuality) Romantic comedy, based on “Where Rainbows End,” the best-seller by Cecelia Ahern about a couple of lifelong BFFs (Lily Collins and Sam Claflin) who take forever to realize they were meant for each other. Support cast includes Suki Waterhouse, Tamsin Egerton and Art Parkinson.

Matt Shepard Is a Friend of Mine (Unrated) Reverential biopic about Matthew Shepard (1976-1998), the University of Wyoming student sadistically beaten and left to die tied to a fence for being gay. An intimate portrait painted from the perspectives of the friends and family members who knew him best.

On the Way to School (Unrated) Thirst for knowledge documentary illustrating the great efforts which four children (one each from Kenya, India, Morocco and Argentina) make on a daily basis to get to school, whether by foot, wheelchair or horseback. (In French with subtitles)

The Other Man: F.W. De Klerk and the End of Apartheid (Unrated) Revisionist biopic reassessing the legacy of the last president of apartheid-era South Africa.

The Voices (R for profanity, sexual references and graphic violence) Crime comedy about a factory worker (Ryan Reynolds) whose crush on a colleague (Gemma Atherton) takes a sinister turn after she stands him up on a date. Cast includes Anna Kendrick, Jacki Weaver and Adi Shankar.