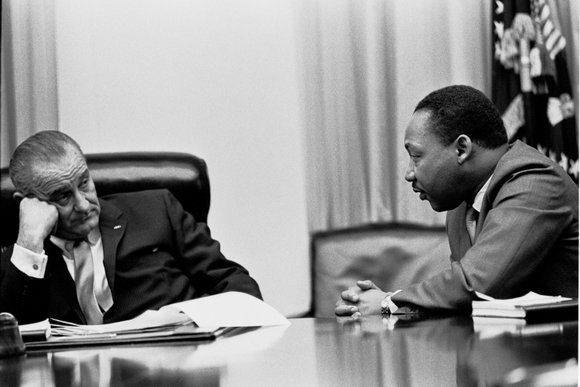 Joseph Califano’s statement that Selma was Lyndon B. Johnson’s idea is patently false. Although the Student Nonviolent Coordinating Committee (SNCC) had come to Alabama earlier to organize to obtain the right to vote, for me, the Alabama Right to Vote movement began the day the four little girls were killed in the 16th Street Baptist Church bombing in Birmingham.

That was Sunday, September 15, 1963 – before Lyndon Johnson became president.

James Bevel, my-then husband, and I believed that a man and a woman would not allow those four little girls to be murdered and do nothing.

On that fateful Sunday, in Edenton, N. C. in Golden and Mrs. Frinks’ living room (Golden Frinks was a Southern Christian Leadership Conference (SCLC) staff person.), James Bevel and I conceptualized and wrote the plan that became the Selma Right to Vote movement. We believed that if Negroes in Alabama could vote, they could better protect their children from things like the church bombing.

Bevel and I resolved that no matter how long it would take, we would get the right to vote in Alabama. We took the plan to SCLC and subsequently, SCLC, including us as staff persons, began organizing in Alabama for the right to vote.

When Jimmie Lee Jackson was killed, (He died February 26, 1965), Bevel said we should take his body to Gov. George C. Wallace and present to Wallace the results of his racist policies. Within a day or so, Bevel apparently recognized that Jackson should be buried and modified his proposal. He called for the Selma-to-Montgomery march.

Lyndon Johnson was president—the executive branch of the federal government. It was his job to enforce the law. He should not have waited until Jimmie Lee Jackson’s, James Reeb’s and Viola Liuzzo’s lives were taken. He should not have waited until people were beaten and bloodied on Pettus Bridge before he enforced Negroes’ right to vote in the South. I appreciate LBJ’s enacting and signing the Voting Rights Act, but I wish he had been a self-starter when it came to our right to vote, so it would not have been necessary to go to the lengths that we did—organizing a mass movement and risking our safety–in order to get the vote.

It was the courage, work, thoughtfulness, sacrifice, discipline and determination of citizens of the United States that obtained our right to vote.

Historically, inventions, musical innovations and many more accomplishments and contributions developed by descendants of enslaved Africans in America have been misappropriated. We learn about presidents, battles and dates. The impression too often perpetuated in history books and in popular culture is that that you have to be a president, someone special or White to have an important idea or to achieve major accomplishments. This is an idea that disempowers citizens and should not be propagated further.

Diane Nash, a native of Chicago, was instrumental as a change agent in the nonviolent movement for civil rights that began in 1959 when she was a student at Fisk University. In 1960, she became one of the founders of the Student Nonviolent Coordinating Committee (SNCC) and from 1961-1965 was actively working with SNCC and the Southern Christian Leadership Conference (SCLC). Today, she continues her work as an activist in civil rights and peace issues.