“The Misadventures of Awkward Black Girl” by Issa Rae 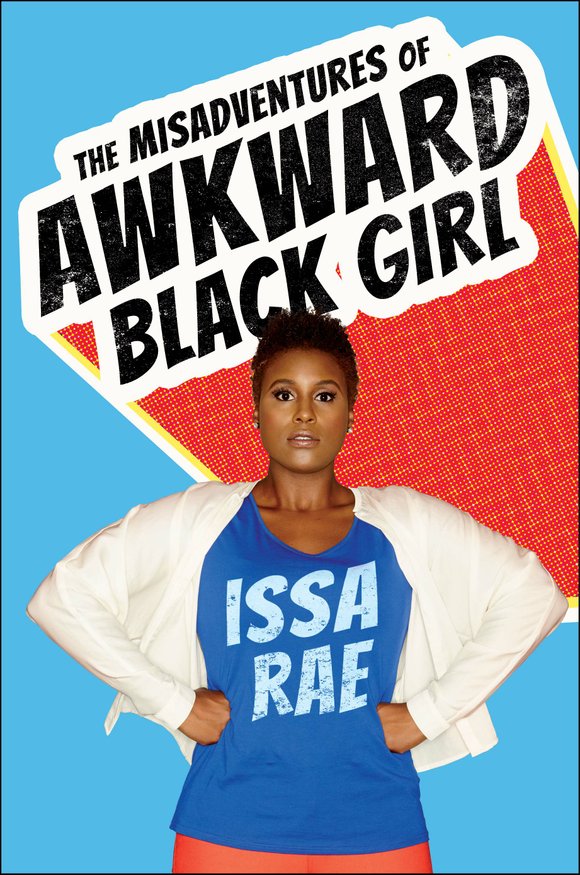 There is life after high school.

And were you ever happy to learn that! You couldn’t imagine spending the rest of your days feeling like you did at thirteen, or enduring a not-cool lifetime of zits, hormones, self-consciousness, bad hair, and Mean Girls.

You were only able to endure it then by remembering that you weren’t alone. And in “The Misadventures of Awkward Black Girl” by Issa Rae, life got better.

For much of her early childhood, Jo-Issa Diop never worried about being cool. 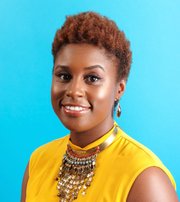 Coolness wasn’t an issue when, until age three, she lived with her parents and her father’s extended family in his native Senegal. There, she was surrounded by loving aunts, uncles, and assorted cousins, all living within the family compound.

Coolness never came up when she started grade school in Maryland with a diverse group of children of many races. It was, in fact, barely discussed…

… until Diop’s family relocated to South Central, between Compton and Watts, near L.A. There, she attended a series of private schools, in all of which she was one of a small handful of black kids. The family moved a lot – and with each new location, it became harder to keep up, harder to be one of the Popular Kids. It was harder to be cool.

Oh, but she tried!

She attempted to give herself a cool nickname, but it didn’t stick. She haunted online chatrooms, but her profile lies were quickly discovered. She was taunted by classmates for her inability to dance, by peers for not having “cool” music, and by family for being overweight. Valentine’s Day was particularly embarrassing. Even after moving to New York as an adult and assuming a new name, Issa Rae felt like a misfit.

And then she realized a few things: she didn’t need constant companionship. She needn’t laser-focus on black culture, or think about racism. She could use innate talents to make videos, launch a new web series, write TV shows, and win awards. She could be liked for who she was in person. And she didn’t have to say yes to every man; she could love herself enough to find real love.

Mistaken me: I misunderstood “The Misadventures of Awkward Black Girl” as a comedy piece, and I was initially disappointed. Yes, it’s got its crack-a-smile moments but it’s not hilarious. As turns out, there’s really so much more to it.

Author Issa Rae writes with a wonderful universality: no matter who you are, there’s been a time when you’ve felt out-of-place and floundering. Because of the candor Rae applies to her essays, we intimately know the feelings of which she writes and it’s easy to see her as an ally and cringe along with her, since we’ve been in that same situation. And then, we’re delighted when things finally go her way.

So, while this isn’t a laugh-a-minute book, it’s a nice memoir that will resonate with anyone who’s ever felt like an oddball. If that’s you, then “The Misadventures of Awkward Black Girl” is pretty cool.

“The Misadventures of Awkward Black Girl” by Issa Rae