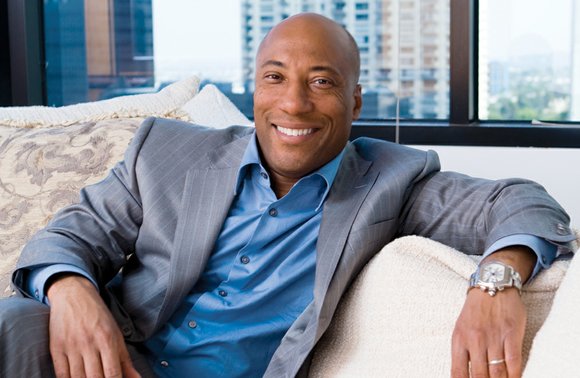 The National Association of African

The lawsuit states that Comcast and its proposed merger partner, Time Warner Cable, have engaged in long-term racial discrimination in contracting with 100% African American-owned media companies. Comcast, in particular, conspired with governmental regulators, including Baker, and non-media civil rights groups and so-called leaders, including Sharpton and the NAACP, to continue such discrimination in connection with its 2010, $36 billion acquisition of NBC-Universal. The suit further states that of the over $25 billion spent annually by Comcast and Time Warner Cable on cable channel carriage fees and advertising, less than $3 million is spent with 100% African American-owned media companies.

"I had no choice but to file this lawsuit," said Byron Allen, Chairman and Founder of Entertainment Studios Networks. "Everyone talks about diversity, but diversity in Hollywood and the media starts with ownership. African Americans don't need handouts and donations; we can hire ourselves if white corporate America does business with us in a fair and equitable way. I was proud to tell Brian Roberts (Comcast's Chairman and CEO) to his face this weekend, that we have filed a $20 billion suit against Comcast. Our lawsuit seeks to stop Comcast's Jim Crow policies and collusion with our elected officials in order to continue its exclusion of 100% African American-owned media.

I have grave concerns that the only African American FCC commissioner, Mignon Clyburn, who was the deciding, favorable FCC vote on the $36 billion Comcast-NBCU merger and whose father, Representative Clyburn, has taken donations from Comcast and AT&T will again fail us, as her former colleague, Meredith Attwell Baker (former FCC commissioner) did by voting for the NBCU merger and, 90 days later, taking a highly paid, executive job with Comcast. With President Obama and the FCC bought and paid for, they have left 100% African American-owned media with no choice but to fight for our rights. This is a defining moment for Mr. Roberts – Wall Street and D.C. regulators are watching to see if he's smart enough to fix this problem, or dumb enough to fight to maintain his company's indisputable, indefensible and unacceptable racist business practices. With this suit and the AT& T/DirecTV suit, as well as many others to follow, NAAAOM and I intend to stop these corporate racist atrocities and the resulting, African American financial genocide today. This is not the America I am going to leave to my children."