Foster and members of Congress speaking out against anti-immigrant legislation 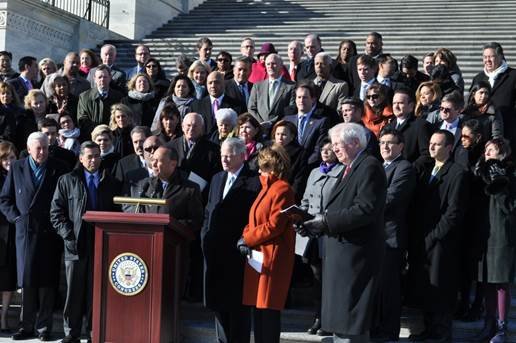 Foster opposed amendments, attached to Department of Homeland Security Appropriations, that would attempt to reverse the President’s recent executive actions on immigration and end the Deferred Action for Childhood Arrivals (DACA) program.

“This is an extremely irresponsible action that jeopardizes Department of Homeland Security operations and strips away the limited relief available for immigrants stuck in a broken system,” said Foster. “Instead of working across the aisle to advance bipartisan legislation, leaders in the House are using this critical funding bill to advance an extreme, anti-immigrant agenda.”

“This is no time for political games, it is critical to the safety and security of our country that we fully fund the Department of Homeland Security,” added Foster. “And instead of attempting to undermine the President’s executive actions, it’s time for Congress to pass bipartisan, comprehensive immigration reform.”