“The Girl on the Train” by Paula Hawkins 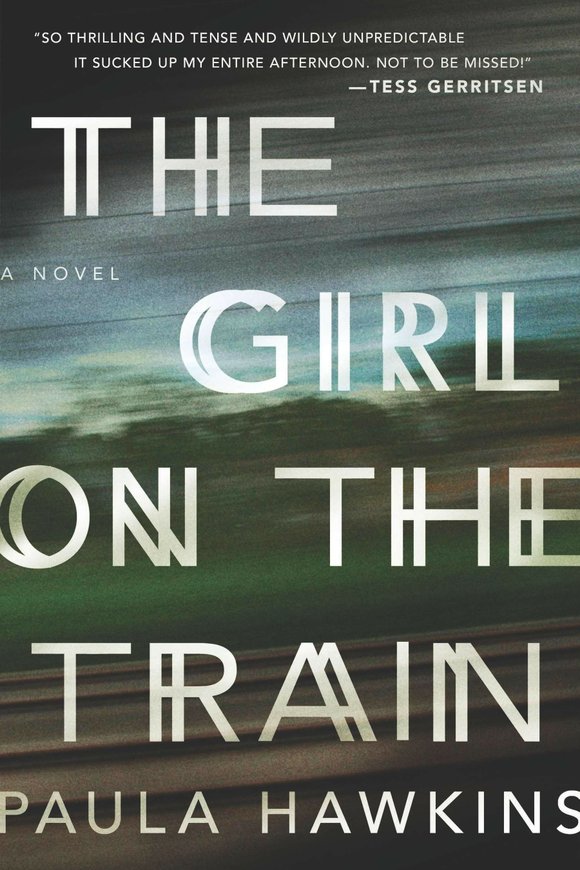 Off the beaten tracks.

That’s where the house is, the one that catches your fancy whenever you pass by. To your eye, it’s unique and whoever lives there must be interesting. They probably have tons of friends and fabulous lives – and in the new book “The Girl on the Train” by Paula Hawkins, spying on them is the ticket to knowing.

Every morning at 8:04 sharp, Rachel Watson took the train from her Ashbury apartment into London . It wasn’t a particularly pleasant ride – the train was generally packed and often late – but to make the time pass quicker, she admired houses along the tracks and she watched for Jess and Jason.

Those weren’t their real names, of course, because Rachel had never actually met them but she enjoyed seeing them, however briefly. They lived in the suburb where she used to live, back when she was happy, thin, married, and sober most nights. She could imagine many tiny details about Jess and Jason; she envisioned their lives, their jobs, their relationship.

And then one day, on her way to London , she looked through the train window and saw Jess kiss a man who wasn’t Jason! Two days later, after drinking so much that she blacked out completely, Rachel learned something even more shocking: Jess (real name, Megan) was missing…

Suburbia was not where Megan Hipwell thought she’d end up.

When she was younger, Megan figured she’d go on a lifelong adventure with her beloved brother, but Ben had died years before. She went a little wild after that, but now she was settled, married with no job prospects and a husband she bitterly fought with. She loved Scott, but she longed for a little excitement and she was determined to find it.

Anna Watson was irritated, exhausted, and scared. Mostly, she was scared because her husband Tom’s ex-wife Rachel – an alcoholic with big problems – was unstable and she kept calling and showing up in their neighborhood. Tom had promised to take care of the whole Rachael thing, but Anna didn’t think he could; one could never really tell for sure what Rachel was capable of doing…

Did you ever catch one of those movies that, at some point, makes you want to stand up and scream, “DON’T GO IN THERE!”? Yeah, that edgy squirminess is what you get when reading “The Girl on the Train.”

And as for trying to figure out whodunit, you can forget about that until the final pages. Author Paula Hawkins keeps her readers in the dark, right alongside her characters, right until the light dawns on one of them and we get the Aha! moment that mystery mavens relish. But don’t put your bookmark away yet: even then, Hawkins has one more thrilling oomph, which makes for an ending that’s just-right satisfying.

“The Girl on the Train” by Paula Hawkins