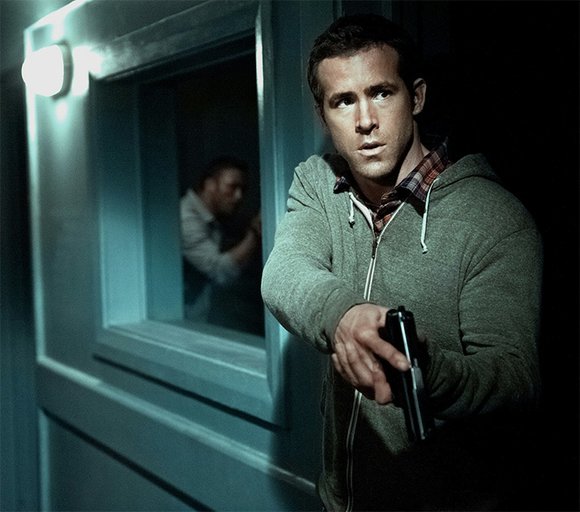 In the 1997 thriller Face/Off, an FBI agent underwent a face transplant in order to crack a terrorist plot. It's hard not to think of that film while watching Self/Less which revolves around another radical surgical procedure, namely, the implantation of a cancer patient's brain inside the cranium of a healthy individual.

The picture stars Sir Ben Kingsley as Damian Hale, a terminally-ill, business tycoon who doesn't want to die. His prayers are answered when a mad scientist (Matthew Goode) surfaces who is willing, for a cool quarter-billion dollars, to transfer his mind into the head of a test tube human surrogate hatched in lab.

The only catch is that Damian can't tell anyone about the experimental operation, which means he'll have to abandon any hopes of reconciling with his long-estranged daughter, Claire (Michelle Dockery). Nevertheless, he signs on the dotted line, enters the futuristic operating room and eventually arouses from anesthesia having shed his sickly shell for a late model upgrade with “that new body smell.”

While convalescing, Damian 2.0 reads his own obituary in the paper but dutifully steers clear of contacting any friends or relatives to avoid the risk of raising suspicion. Instead, he merely marvels at his miraculous recovery.

Before discharging his grateful patient, Dr. Albright gives him a new identity and a week's supply of anti-rejection pills. Returning to the real world, suddenly handsome Damian becomes practically giddy between his unexpected prowess on the basketball court and his impressive physique's ability to turn heads.

What the reincarnated, real estate magnate doesn't know, however, is that the brain transplant wasn't really an installation job into a recently harvested donor. The plot thickens upon the discovery that his alter ego Edward Kittner (Ryan Reynolds) not only actually once existed but left behind a wife (Natalie Martinez) and 6 year-old daughter (Jaynee-Lynne Kinchen).

Directed by Tarsem Singh (The Cell), Self/Less is sufficiently compelling to recommend highly, even though it suffers severely from a lack of originality. Besides the aforementioned shades of Face/Off, this derivative adventure borrows a number of ideas from Seconds, the similarly-themed, 1966 sci-fi classic.

An improbable, if thought-provoking mind-bender built on a house of cards that holds up only to the extent you're willing to go along with its preposterous premise.