Dream of Home Ownership a Nightmare for Blacks 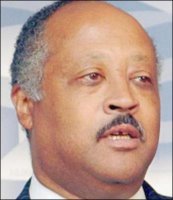 Without argument the sub-prime mortgage crisis was the most devastating economic attack against Black America in history. We saw it coming, but did nothing about it. Mainstream banks such as Wells Fargo showed no shame in fleecing Black communities. Fannie Mae and Freddie Mac (two government sponsored enterprises) strayed way off their charters and soaked up severe amounts of risk. It began to crumble in 2008 and within two years, Black America lost more than 35 percent of its collective net worth. The saddest thing is that this fiscal slide has yet to stop for us.

The Dodd-Frank Act, which was supposed to stop the bleeding, has made things worse. Credit requirements and mountains of paperwork are prohibiting much of the Black population from capital access. Mortgages in our communities are still becoming less and less available. The U.S. Department of Housing and Urban Development (HUD) seems to have no focus on this matter. It is sidetracked with looking at housing discrimination. After six years of being under the administration of a Black president, we are worse than ever before.

According to The Joint Center for Housing Studies of Harvard University’s annual “State of the Nation’s Housing, “Overall, home ownership, the cornerstone of the American Dream, is down to 63 percent, a far cry from the 69 percent registered in 2004. Those figures, however, are much worse for minorities, especially Blacks. The homeownership rate for minorities continues to lag: It peaked at 51.3 percent in 2004, and has now fallen to 47.2 percent. Of all minority groups, African Americans have the lowest rate of homeownership, just 43.8 percent.”

It is getting worse. The key to American homeownership were our two Government Sponsored Enterprises (GSE) – Fannie Mae and Freddie Mac. After World War II and the beginning of the mortgage component within the GI Bill of Rights, our nation went into a housing boom and created a viable middle class with home equity being the biggest part of a family’s net worth. This gave Americans a big advantage over people in other nations who had no GSE programs. So now guess what the Obama administration is trying to do? They want to kill Fannie Mae and Freddie Mac. Instead of policing the programs and allowing them to grow back to their former greatness of allowing home mortgages throughout our nation, they want to put a bullet through their heads. This is very serious and it is going through the courts.

It is so serious that the National Black Chamber of Commerce is jumping into the fray. We have filed an amicus, called friend of the court, brief in the federal court of appeals. Here is an overview that we formally submitted:

“Amicus curiae the National Black Chamber of Commerce (“NBCC”) is a nonprofit, nonpartisan organization dedicated to the economic empowerment of African-American communities through entrepreneurship. Incorporated in 1993, the NBCC represents nearly 100,000 African-American owned businesses and advocates on behalf of the 2.1 million Black-owned businesses in the United States. The NBCC has more than 190 affiliated chapters located throughout the nation, as well as international affiliates in, among others, the Bahamas, Brazil, Colombia, Ghana and Jamaica.”