“Spectacle: The Astonishing Life of Ota Benga” by Pamela Newkirk 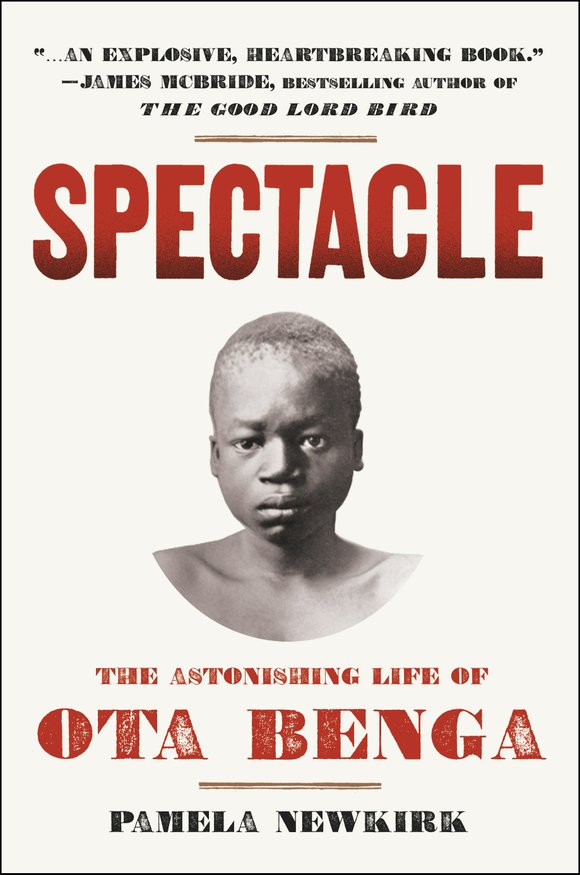 The animals look a little restless.

Maybe they’re hungry, bored, or tired of being watched. They seem angry. Observing these creatures caged, it’s easy to believe that wild animals shouldn’t be penned like this – and in the new book “Spectacle: The Astonishing Life of Ota Benga” by Pamela Newkirk, neither should humans.

When visitors arrived at the New York Zoological Gardens in the Bronx on September 6, 1906, they were probably there for more than just the “sunny and warm” day. Chief curator William Temple Hornaday knew that, and he stood at the gates, directing people to what he claimed was his “best attraction yet.”

At the very end of the Monkey House, past the chimps and baboons, visitors looked upon an orangutan penned with a “103-pound, four-foot eleven-inch chocolate-colored” man that Hornaday claimed was a cannibal and that he knew as Ota Benga.

What he didn’t know, exactly, was how Benga got from Africa to America …

Samuel Phillips Verner had once hoped for recognition as a scientist and explorer, first traveling to Africa as a missionary, then as a hired acquirer of artifacts. Known as somewhat of an expert on “pygmies,” Verner had procured several young Africans and brought them to America . Rumor had it that he’d “gone insane.”

Whatever it was that drove Verner, he often created stories to fit the moment. He said that Benga asked to come to America . He claimed he’d saved Benga’s life in the Congo , which is possible because of atrocities being committed on behalf of King Leopold of Belgium . For a fee, he offered to leave Benga with Hornaday, and said he’d return shortly.

Instead, Verner appeared to have dumped Benga there, and fled.

Within days of Benga’s appearance in the cage, local ministers demanded his freedom, and they hired a lawyer. At first despondent (his appearance at the Zoological Gardens wasn’t his first experience), Benga became combative with handlers. Hornaday was forced to turn him over to Brooklyn Howard Colored Orphanage.

For the first time in years, Benga was free…

But was he? Author Pamela Newkirk leaves readers hanging, not on purpose but by necessity because “… the true story will probably never be known.”

What is true, though, is that this is one shocking account; my hand flew to my mouth in astonishment by the time I was on page 8 of “Spectacle,” then it got more intriguing:

while Benga is the obvious focus of the book, his story is told more through his capturers, his handlers, and his helpers. Indeed, Newkirk introduces us to shady characters, as well as many good people, and she does it with a sense of the times in which things occurred. Then she’ll squeeze your heart dry with an ending that… ouch.

This book may take a little getting used to. It’s loaded with early-twentieth-century national and world history, and you’ll need to call forth everything you learned about that time – but I think it’s worth it. Five minutes with this book, and you’ll know that “Spectacle” is a well-penned work.

“Spectacle: The Astonishing Life of Ota Benga” by Pamela Newkirk