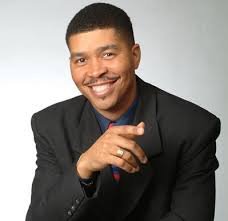 If you’re at least 15 years old and have paid attention to the professional sports leagues in America, you’ve hearing about these 9-figure contracts to sign athletic superstars for the past decade, particularly in basketball, where we can see their faces without helmets or hats, and even more so in baseball, where mega-deal contracts have ballooned to $200 and $300 million.

That’s a whooooole lot of money to pass, catch, bat or shoot a ball, but that’s the world that we live in. I don’t complain about it one bit. I’ve been watching these guys for nearly 40 years as the most consistent entertainment on TV. That’s why more new sports shows and networks are popping up every week. We can’t get enough of it.

Factor in the race issue, with Cameron being a young Black man from Atlanta – whose father was accused of asking Mississippi State for $200,000 for his boy to attend school and play football there – and Cam’s new money becomes even more mind-boggling. Even Cam said, “It doesn’t happen” for young Black people in America… unless you play sports, act or rap, that is.”

It happens even less for Black adults over the age of 40, unless you hit the lottery. Nevertheless, Cam became so overjoyed by his new contract and wealth that he started promising the youth that it can happen for anyone else, too. He just happens to be 6 foot 5 inches tall with 250 pounds of rock solid football body, with a cannon for an arm, the moves of a running back and the confident swagger of Muhammad Ali in a jersey, pads and a helmet. Don’t get me wrong, we all love Cam Newton here in Charlotte, but a lot of us old heads know much better than to believe that any one of us can land a $100 million contract for five years of work.

A lot black men may not even get a chance to earn a degree from a major 4-year college without playing sports on scholarship. We can clearly see Earvin “Magic” Johnson and Michael “Air” Jordan as they inch their way into the billionaire’s club, because they were popular Black athletes first and successful businessmen later. Bob “Black Entertainment Television” Johnson and Oprah “Talk Show” Winfrey made their billions in the entertainment world as well.

No wonder every black kid wants to master passing, catching, hitting or shooting a ball, or rapping and acting. Then, they’ll have to watch out for every friend, wife, lawyer, accountant, agent and business partner they attract along the way for the rest of their lives, because everyone knows who they are and how much they make. For the most part, these Black athletes will still be surrounded by a community of have-nots. That’s the community that most of these athletes were raised in, and even in year 2015, we don’t have as many alternatives to become wealthy.

However, with Richy Rich from the suburbs, he was born with the right color, the right family, the right connections, the right school, the right law firm, the right investors, the right wife, and he knows the right bank officials, so he doesn’t have to master tossing a ball at all, unless it’s the symbolic first pitch at a baseball game. And we’ve all witnessed how terrible those first pitches can look.

Richy Rich makes the real money, signs the checks, and negotiates to own the building and the team. Then he claps his hands and says, “Good, job out there, guys,” while you hope and pray that he never cuts or fires you or your boy, or you might end up back in that long handout line for Cam Newton or the next highly paid, Black star athlete, yelling, “All I need is $100,000 to get this new business up and going.”

We think of going to Cam Newton and other star athletes and entertainers for that sympathy and connection of “a Black chance” because we already know that Richy Rich won’t hear you unless you’re an athlete on his team, or you work with a charity group that he can use as a tax write-off. Why? Because Black opportunities are still not looked upon as “good business.” Richy Rich figures it’s a waste of his money – even though he has money to blow. Nope. Every dime counts to Richy. So don’t even ask him.

I’m just keeping it 100, guys. Black people still have a lonnnnnng way to go. In the meantime… we’re gonna keep playing sports, acting and rapping, because that’s where the big deals are for us, as long as we can perform and compete with the best.

Omar Tyree is a New York Times bestselling author, an NAACP Image Award winner for Outstanding Fiction, and a professional journalist, who has published 27 books, including co-authoring Mayor For Life; The Incredible Story of Marion Barry Jr.