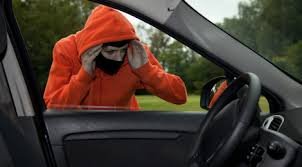 New Lenox residents lost laptop computers, money, sunglasses and other items to burglars who got into their vehicles through unlocked doors, according to New Lenox police reports.

The rash of break-ins took place between June 15 and 21, and five of the six burglaries were in the area of Joliet Highway and Spencer Road, reports show.

The incidents took place at:

Police statistics show the vast majority of vehicle break-ins involved cars that were left unlocked, even though valuable items such as computers, GPS units and even wallets were left inside. Experts say it tends to be a crime of opportunity in which the would-be burglar tests car doors to see if they're unlocked before checking the vehicle for items that can be stolen.