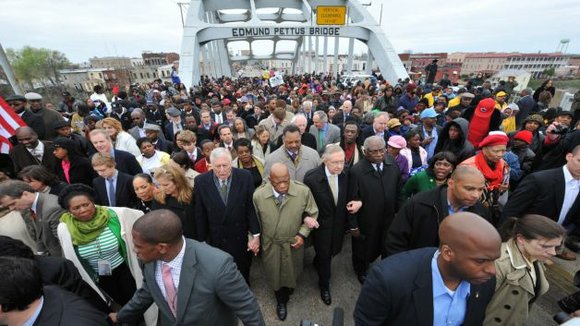 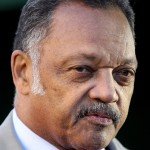 This week, the nation will mark the 50th anniversary of Selma’s Bloody Sunday, and the march from Selma to Montgomery that led directly to passage of the Voting Rights Act in 1965. The movie ‘Selma’ has reminded millions of that momentous moment.

President Obama and his family will join the commemoration on Saturday, along with George W. Bush and his wife, Laura. Ninety-five 95 from both parties have already signed up to join in the three-day remembrances. Last week, Congress voted to give a congressional gold medal to the thousands who marched on Bloody Sunday 50 years ago. In this age of bitter partisan division, the vote was 420 to 0 in the House and similarly unanimous in the Senate.

We should acknowledge this progress, but not be blinded by it. Much has changed, but the struggle even to secure the basic right to vote continues. Two years ago, the Supreme Court struck down Section 4 of the Voting Rights Act. States like Mississippi and Texas with a history of discrimination were no longer required to submit any changes in voting procedures to prior review by the Justice Department or a federal judge.

The result was a flood of legislation from North Carolina to Mississippi to Texas, all designed to make it harder for the poor, for people of color, for students to vote. Like the old South, new barriers were erected that would disproportionately impact minority voters: new forms of required photo ID, fewer days for early voting, fewer hours for open polls, elimination of same day registration, racially skewed districts and more. For all the protests of innocence, like federal troops withdrawn from the South in 1877, the court has now withdrawn federal legal protection of our vote. Today’s Selma marchers won’t face blue uniforms. Their roadblock is clothed in black robes.

In the House of Representatives, legislation to repair the damage done by the Supreme Court got co-sponsors from both parties. But Republicans would not support its passage, and in the Senate; no Republicans would even join in co-sponsoring it. The two Alabama Senators, Republicans Jeff Sessions and Richard Shelby, now applaud the demonstrators at Selma, but they won’t join to mend the Voting Rights Act – i.e., marching in Selma but praising the Shelby decision.

Our democracy is still deeply flawed. There is no explicit right to vote in the Constitution. States still have the power to set the rules. As a result, registration and voting is easy in some states and constrained in others. Big money has too big a vote. Partisan gerrymandering has given us more elected official but less power. The minority is again not protected from the tyranny of the majority. And now, in the wake of the misrule of the Supreme Court’s five reactionary judges, voting rights are once more under assault.