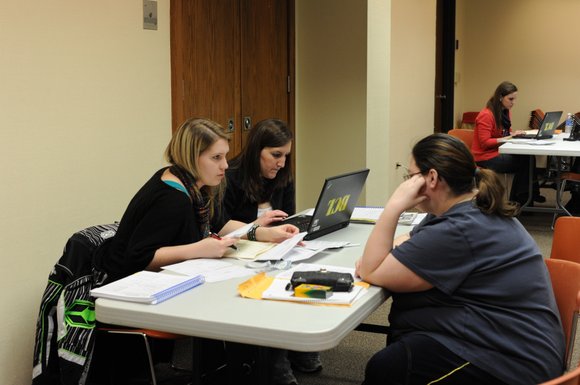 Nearly $54 million in tax refunds has been returned to Chicago metro area taxpayers as a result of free tax preparation services offered by local IRS-certified volunteers, according to a new breakdown of national IRS data compiled by the Corporation for Enterprise Development (CFED)

The data shows that tax preparers at Volunteer Income Tax Assistance (VITA) sites and Tax Counseling for the Elderly (TCE) sites across the Chicago metro area helped nearly 49,000 taxpayers make the most of their tax returns during the 2014 tax season.

More than $13.6 million was returned to workers in the Chicago metro area through the Earned Income Tax Credit (EITC), according to the data compiled by CFED. The EITC is widely regarded as one of the nation's most powerful anti-poverty programs, yet one in every five workers eligible for the credit does not claim it.

The IRS reports that those most likely to overlook their eligibility for the EITC include the elderly, workers with disabilities, grandparents raising children, English language learners and those living in remote areas. VITA sites help to raise awareness of the credit in their communities to ensure that every worker eligible for the EITC receives it and gets the correct amount.

"Volunteer income tax assistance not only helps taxpayers and their families make the most of their tax returns free of charge, but also helps to stimulate the local economy by putting more money back into the pockets of local consumers," said Andrea Levere, president of CFED. CFED's newly-launched Taxpayer Opportunity Network brings together individuals and organizations providing free tax preparation across the country to form a learning community for effective collaboration.