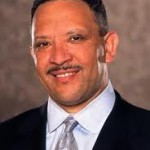 “There is no crueler tyranny than that which is perpetuated under the shield of law and in the name of justice.” – Charles de Montesquieu, “The Spirit of the Laws,” 1748

A tragic déjà vu is playing out in communities all across America, particularly in the growingly skeptical streets of Black and Brown neighborhoods.

Once again, our nation is forced to grapple with fresh accounts of police misconduct in its deadliest incarnation. Once again, the victims are unarmed Black men and the perpetrators are the very public servants charged with keeping them – in fact, all of us – safe; it seems only the states and the circumstances change.

On April 4, Walter Scott was driving a Mercedes-Benz with a busted taillight through North Charleston, S.C. Officer Micheal Slager pulled Scott over. Said to be in fear of being arrested, the 50-year-old ran away from the car. A cellphone video shows Officer Slager chasing Scott and shooting at him with his stun gun, when that failed to stop him, he used his gun to fire eight shots at Scott’s back, killing him on the scene.

Weeks later, in a West Baltimore neighborhood, witnesses used cellphone video to capture parts of Freddie Gray’s arrest. Police say the 25-year-old was arrested after making eye contact with the police and then running away. Gray can be heard screaming in pain as he’s being dragged into a police van. While the mystery of what happened in the van has yet to be solved, we do know that his encounter with the police left him with serious spinal cord injuries. He died of those injuries a week later.

This unjust treatment of our nation’s Black and Brown citizens by law enforcement officials sworn to dispense justice should stir, if not shock, our collective conscious. These heavy-handed, sometimes fatal, police tactics should inspire outcry from all corners of our country – and the world.

But we can’t leave our frustrations – and our fight – at the doorstep of outrage. Our challenge is to make the Scotts and Grays of this nation the rarest of exceptions, not the fatal rule. Anger has its place, but it is in action – strategic, comprehensive action – that we will begin to attack the cancer of police misconduct.

In light of the most recent deaths, and our nation’s desperate need for solutions during this state of emergency that calls for action, and an action plan, I want to reintroduce the National Urban League’s 10-Point Justice Plan for police reform and accountability, calling for:1 Widespread Use of Body Cameras and Dashboard Cameras 2 Broken Windows Reform and Implementation of 21st Century Community Policing Model 3 Review and Revision of Police Use of Deadly Force Policies 4 Comprehensive Retraining of All Police Officers 5 Comprehensive Review and Strengthening of Police Hiring Standards6 .

The rage that has spilled out onto so many of our streets since the shooting death of Michael Brown in Ferguson last year makes it clear that the issue of police-involved killings is one that will not be easily swept under a rug of unawareness and indifference.

When we, as a nation, address the problem of police officers using deadly force, particularly against people in communities of color, we know that we are saving lives – perhaps our own – and shaping a more just system of justice for all. When officers are held accountable for using excessive force – as they have thankfully been held in the cases of Scott and Gray – we are encouraged and know that change is possible, but our work does not end there.

To deliver on the promise of fair treatment by law enforcement for every American, we: citizens, community stakeholders, policy-makers and politicians, must all commit to play our part for the long haul to right the historic wrong of the unequal treatment of people of color by police under the law.