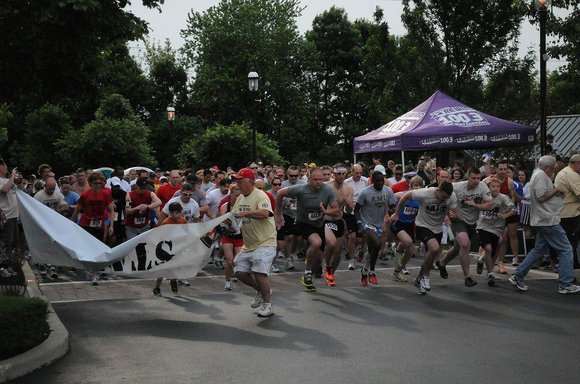 The Wounded Warriors 5K Run will be held in Plainfield on May 23.

The village of Plainfield provided this news release:

On Saturday, May 23rd, the Wounded Warrior 5K Run, which will raise funds for Operation Welcome You Home and the wounded veterans they serve, will be occurring in and around Settler’s Park and the Wallin Woods Subdivision. Due to the large number of participants expected and the planned event course, commuters and residents may experience increased traffic or temporary road closures.

Included in this press release is information related to the event, expected road closures, and parking restrictions. A map has also been attached for easier reference.

Due to the Wounded Warrior 5K race, the following roads will be closed and parking will be prohibited beginning at 7:30 a.m. until the bulk of the runners/walkers have cleared the area:

We anticipate all roadways will re-open by 10:30 a.m., however as mentioned above, once the bulk of runners/walkers have cleared the area some roadways may open earlier.

Parking for this event will be limited. Volunteers will be in the area before the event begins to help direct people to available locations. Parking near the event will fill up rapidly and is available on a first come basis.

Anyone with questions regarding this event may contact Commander Ken Ruggles at his office number of (815) 267-7211.