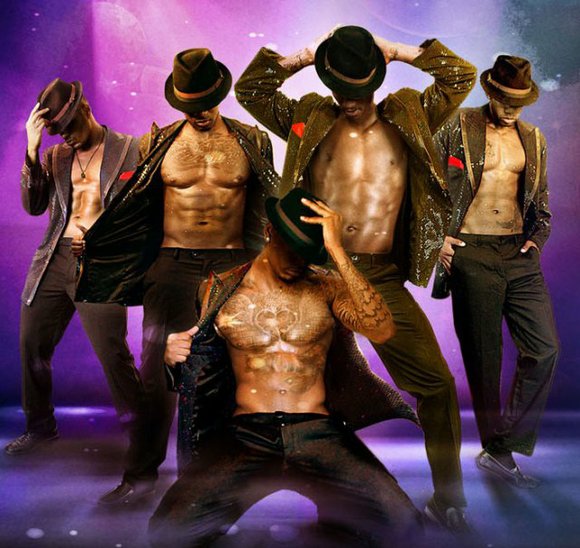 Broke College Student Moonlights as Stripper in Titillating, Overcoming-the-Odds Saga Cash-strapped Katherine McCoy (Vivica A. Fox) is holding down a couple of jobs to make ends meet while praying that her sons stay on the straight and narrow path until they can make it out of the ghetto. Though grown, both boys still live at home; yet neither is helping their struggling single-mom much, financially.

At least the younger one, Michael (Robert Ri’chard), is close to graduating from college and works part-time at a diner as a short order chef. But he hasn’t even been able to save enough from that minimum wage position to have his car fixed, so he has to travel around Los Angeles via bicycle. By comparison, his 30 year-old brother Chris (DeRay Davis) is a trash-talking hustler who’s more interested in hanging out on the streets than in finding gainful employment.

The siblings’ fortunes change the day they decide to patronize the local gentlemen’s club. For, while Michael is relieving himself in the men’s room, he’s approached by the owner (Michael Jai White) about stripping there on Ladies’ Night.

Initially, the handsome hunk hesitates out of concern about how his girlfriend (Imani Hakim) and his Bible-thumping mother might react to his moonlighting in his birthday suit. However, after taking the time to watch girls go gaga over other buff beefcake (played by Tyson Beckford, Ginuwine and others), he decides to throw caution to the wind.

So, on the advice of his brother-turned-promoter, he takes the stage name “Sexy Chocolate.” I suppose “Magic Mike” might have been a tad too transparent, even for this unapologetic rip-off.

Nevertheless, despite soon raking in the big bucks, Michael’s life starts to come apart at the seams. His grades plunge from As to Fs. His mother becomes suspicious about whether his sudden gains are ill-gotten. And his girlfriend gets the surprise of her life the evening she shows up at the club to take in a show with her BFFs in tow.

Written and directed by Jean-Claude La Marre (the Pastor Jones franchise), Chocolate City is basically a blackface version of Magic Mike that trades shamelessly in the same sort of titillating fare which made that flick a runaway hit a few years ago. A derivative, estrogen-fueled, overcoming-the-odds saga strictly recommended for females interested in seeing sepia-skinned Adonises gyrate while disrobing to mind-numbing disco.