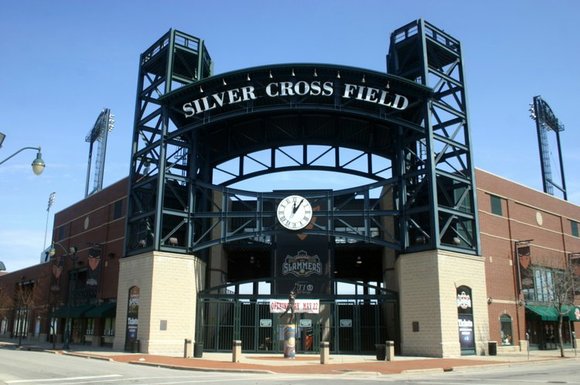 Joliet officials might be surprised to learn who's in the market for a baseball stadium should Silver Cross Field be put on the auction block, professional auctioneer Rick Levin told a council committee Thursday.

While a minor league baseball park has never been sold through auction, just about every other type of government building has been through his Chicago-based company, Levin said. That includes schools, fire stations, libraries, even the 3 million-square-foot former post office spanning Chicago's Eisenhower Expressway.

"You guys have a unique, one-of-a-kind asset, and you can find out if there's a buyer within 60 days," he said.

But Nick Semaca, co-owner of the Joliet Slammers, urged members of the council's land use committee to tread carefully. While the team does not oppose a stadium sale and knows its contract will be honored regardless of one, publicity of such a sale can do a lot of damage to a ball club, he said.

The pending sale of the Loves Park baseball stadium, which is now bank-owned through foreclosure, has had a huge impact on the Rockford Aviators's ticket sales, Semaca said. Because many people think the team has folded, tickets sales have plummeted from an average of 1,608 at this time last year to 643 now, he said.

"What we don't want to do is create an environment where the fans believe the franchise is at risk," Semaca said. "Rockford's team is going to die (if this continues)."

Levin was asked to explain how auctioning the stadium would work at the city's request. There has been no serious discussion about selling the ball park, but some council members have been vocal about wanting to unload it because of the cost of maintenance. Just this year, the council had to dip into its reserve fund to purchase a new scoreboard.

"That stadium is a drain on the public trough and we have to see what we can do to (stop that)," Councilman Jim McFarland said. "We have to look at the big picture."

Were it to be auctioned, the council could decide if it were to be a live sale, one with closed bids or a process carried out online, Levin said. It could build in stipulations that would guarantee the park be used for baseball and could prohibit uses it found undesirable for downtown Joliet, he said.

Semaca said he questioned if the stadium, which has no mortgage or bond debt, was as much of a financial hardship as has been portrayed. The team's numbers show Joliet is making money from the venture, even if it's not a great amount, he said.

Regardless, the city would be making a mistake if even just exploring the idea of a sale or auction sent a message to baseball fans that the Slammers were in trouble, he said.