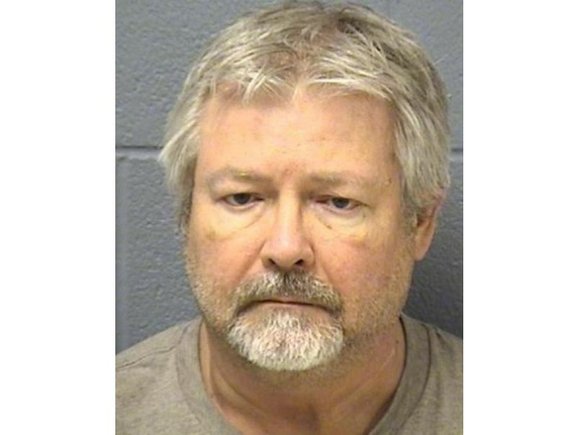 The U.S. Attorney's Office in Chicago provided this news release about Walter Beich, a Lockport pharmacist, being indicted and fraud and identity theft charges:

The defendant, Walter Beich, the owner and licensed pharmacist at Lockport Pharmacy Inc., operating as Corwin Pharmacy, was charged in a twelve-count indictment returned by a federal grand jury last week, alleging he participated in a scheme to defraud various health care benefit programs in the amount of $2,400,000.

Beich, 61, of Lockport, Illinois, was arraigned in federal court this morning and was released on a $4,500 unsecured bond and is scheduled for a status in front of U.S. District Court Judge John W. Darrah on June 26, 2015.

According to the indictment, Beich participated in a scheme to defraud Medicare, Medicaid, Blue Cross Blue Shield, Humana and United Healthcare by filing fraudulent claims for prescription drugs that were not dispensed to his customers or he had switched out for less-expensive supplements instead of FDA-approved prescription drugs.

The indictment also alleges that Beich had his employees create fake prescriptions to make it appear as if a physician had phoned-in certain prescriptions. In addition, the indictment alleges that Beich obtained physician sample drugs and then submitted insurance claims for dispensing these sample drugs as if he obtained those drugs through commercial distribution channels.

The indictment also alleges that Beich dispensed a foreign-sourced drug to customers instead of the prescription Viagra.

Health care fraud carries a maximum penalty of 10 years in prison and a $250,000 fine, and restitution is mandatory. Aggravated identity theft carries a mandatory prison term of two years’ incarceration, served consecutively to any other term of imprisonment imposed. Upon a conviction, the Court must impose a reasonable sentence under federal statutes and the advisory United States Sentencing Guidelines.