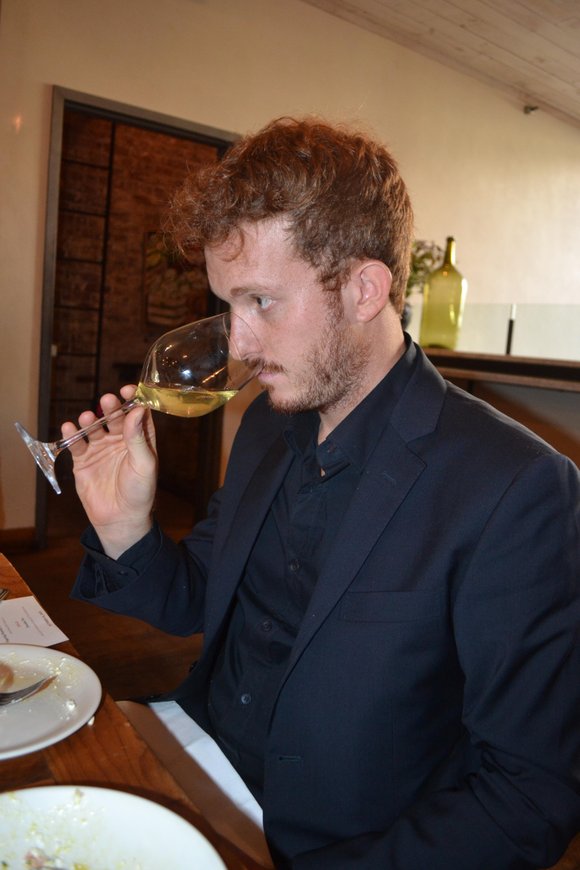 Catarratto is one of the oldest native wines in Sicily, yet it is only just beginning to gain popularity in the United States. It's a pity, because the wine packs a lot of flavor for a white wine, and is versatile enough to go with a variety of dishes, all the way from salads and pastas, to any shellfish, seafood, and even a variety of meats. You can practically go through an entire meal with Catarratto and not want for any other wine.

A case in point is BENEDE' CATARRATTO DOC SICILIA 2014. A luscious, fragrant white wine with a ton of mouthwatering fruit flavors, such as Meyer lemon, pineapple, star fruit and a touch of antelopue. I met winemaker Benedetto Alessandro during a recent introductory tour to the U.S. and he shared a bottle of his fantastic wine over a variety of Sicilian specialties; Hamachi crudo (essentially yellowtail tuna Sashimi) with a splash of Meyer lemon, capers and trout roe, an appetizer of Fresh figs with various cured Italian meats and a deliciously prepared dish of seared Octopus with black olives, serrano ham and mint. Octopus is a Sicilian and Mediterranean delicacy that is starting to find its way to a lot of tables at the trendiest restaurants. I even saw it prepared as a cold salad in the prepared food case of my local Whole Foods-type deli. At just $14 a bottle, its a great wine to pick up for a casual lunch or informal dinner. 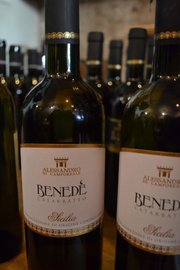 If you're looking for some more substantial fare to go with the wine, try a plate of Gnocchi, the light,pillowy potato flour dumplings that can be found fully cooked at many local stores and delis. I had mine with some mixed steamed and quickly stir-fried vegetables; cauliflower, broccoli leaves and a few peas. Its also great with a blend of eggplant, sweet and mild peppers, celery, pine nuts and anchovies, a delightful Sicilian vegetable 'stew' called Busiate. It's quick and easy to make and it goes great with Benede' Catarratto 2014.

A word about the winery: Alessandro Camporeale is a family-owned estate founded by Oenologists Natale and Benedetto Alessandro. Prior to establishing a modern winery in 2000, the family sold grapes to nearby wine producers for their high-quality wines. The estate, located high in the hills outside the capital city of Palermo, is devoted almost entirely to native Sicilian grape varieties; Catarratto, Nero D'Avola and Vigna di Mandranova, as well as Syrah and Sauvignon Blanc international varieties. "Its surprising how well Syrah grows in our Sicilian soil and climate. It's almost as if the Syrah grape was tailor-made for us," Benedetto declared. About the wine name Benede.' "It's short for Benedetto," the winemaker shared, "and it becomes a sort of nickname for my grandfather. So I dedicated this wine to him." So, the next time you have a glass of Benede' Catarratto, raise a glass in the founder's honor. Salute'!