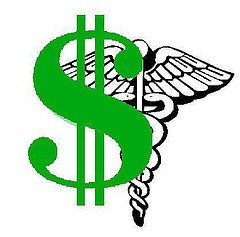 Is health insurance really affordable? That’s the question thousands of Americans who signed up for policies under the Affordable Care Act are beginning to ask as third year open enrollment gets underway.

A few weeks ago a 63-year-old woman, a reader of these columns, contacted me about the health insurance policy she had bought through the Illinois exchange. She lost her coverage after her husband died and had been uninsured for nearly two years before Obamacare came along. She had some health problems and worried, she said, that she was “playing the odds.” She was just the person the law was intended to help.

Realizing she could lose everything if she had a serious illness, she signed up for a Blue Cross Blue Shield bronze plan, the kind with the lowest premiums and highest deductibles. Her monthly premium for the first year was an affordable $93 because her low income—about $25,000 a year working part time at an insurance agency---qualified her for a tax subsidy of $451.

The catch, of course, was the $6,000 deductible. She also had to pay the full price of her drugs, which didn’t count toward the deductible, although once other medical bills exceeded the deductible, drugs were covered in full. She didn’t use the policy because she didn’t “have $6,000 lying around” for some recommended tests.

The second year the premium zoomed up to $258---tougher to pay but she still managed to “squeak by.” She needed knee surgery. But because of the large deductible, she had to pay the first $6,000 out-of-pocket, and for most of the year she made monthly payments of $240 to the hospital. Counting the premium and another $100 or so for drugs, the monthly outlay for medical expenses totaled about $600, more than a quarter of her monthly income.

This year when the premium increased to $406, still with the same subsidy, she said no, and filed a new application hoping to find something cheaper that would also let her continue to see the doctors she liked. Luckily she discovered she had been paying smoker rates but was not a smoker. The new premium based on non-smoker rates is $216, about the maximum she can afford.

A new study from the actuarial firm Milliman just confirmed what the Illinois woman and others already know. Next year’s premiums have increased overall compared to 2015 for a variety of reasons such as higher costs for medical care, especially prescription drugs, and lower payments to insurers from the government to cushion the impact of covering lots of sick people.

Milliman compared the second lowest cost silver plans for a 27-year-old and found increases varied with some states like Mississippi and Indiana experiencing decreases and others like Illinois, South Dakota and Nebraska experiencing increases, some significant. In South Dakota, for example, the average increase was 25 percent.