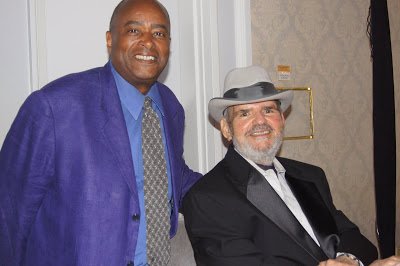 hours, as I recalled my first encounter with legendary Cajun chef Paul Prudhomme,

who died on Thursday at the age of 75 in New Orleans after a brief illness.

I first met the great chef in 1980, when he opened a 'pop-up' restaurant on San

Francisco's Fisherman's Wharf, prior to opening a brick and mortar establishment.

Prudhomme had a reputation for setting up shop in the most unexpected places, both

in the US and around the world. His French Quarter restaurant, K Paul's had already

own, auditing courses at the San Francisco Culinary Academy and creating a pilot for

a proposed cable TV show, Celebrity Gourmet. Prudhomme welcomed me into his

makeshift field kitchen, set up in a tent along the docks near Pier 35. He showed me

how to prepare a dish I had never had before, a variation of Jambalaya, featuring

Rabbit instead of the traditional shrimp or crawfish, and poured over pasta instead

of rice. He allowed me to sample a few of his other specialties, including Shrimp

Etouffee and, of course, Gumbo.

I confided to Chef Prudhomme, that although I had eaten many Cajun and Creole

specialties as a child. They were prepared by my grandmother, who was born in New

Orleans, and who raised me.

I joked with him that, although I had eaten many of her preparations, I really

didn't know the names of them and, as a young child, didn't have the nerve to ask.

Prudhomme joked that "when Granmaw cooks, you don't ask questions. You just eat!"

the jocular down-home chef, who was all about serious business in the kitchen, even

The last time I saw Prudhomme was in New Orleans at the J.W. Marriott Hotel on Canal

Street during the New Orleans Wine and Food Experience in 2011, when he was the

recipient of the Ella Brennan Lifetime Achievement in Hospitality. He was in a

wheelchair, but rose to the occassion and walked unassisted onstage in the Ile de

France Grand Ballroom to accept the award. As always, he was the same jocular person

Paul Prudhomme was not only a great chef, he was an outstanding individual who

championed a humble cuisine and elevated it to the heights.