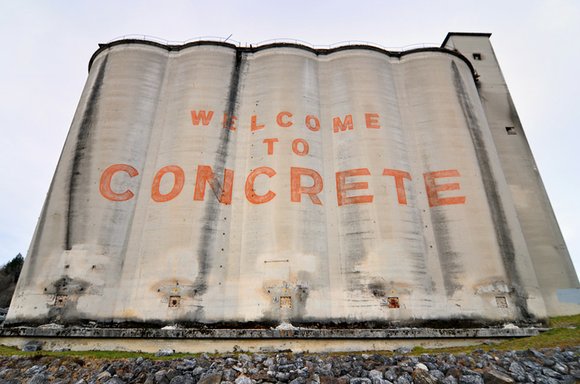 All that concrete underfoot accounts for as much as 10 percent of greenhouse gas emissions globally. Tony Cyphert, FlickrCC

Dear Earthtalk: I’ve heard that making and installing concrete takes a big toll on the environment. What’s being done to clean up this industry?

The 20 billion tons of concrete produced around the world annually account for an estimated five to 10 percent of global carbon dioxide (CO2) emissions. Concrete is one of the most widely used materials in the world, and the energy-intensive process to create it is the third largest source of planet warming CO2. According to a 2012 study from Scotland’s University of Aberdeen, making a ton of concrete releases about a ton of CO2 into the atmosphere. While the concrete industry has actually reduced its carbon emissions by a third over the last few decades, it still has a long way to go before becoming part of the solution to our collective climate woes.

Part of the reason concrete is so energy- and CO2-intensive to make is that it requires heating the mineral feedstock, alite, to 1,500 degrees Celsius in order to make it malleable. Researchers are working to develop mixtures using alternatives to alite that do not require such high temperatures during processing. The leading contender, belite, has a much lower temperature threshold while maintaining similar strength. But belite takes months to set completely, while alite sets in just a few hours. Concrete makers continue to tinker with the mix as well as with other chemicals and additives in search of greener alternatives to alite.

Dust pollution generated by concrete’s manufacture and disposal is another big concern. Quarrying entire mountainsides worth of rock for the aggregate that makes up the majority of concrete’s material sends massive amounts of rock dust into the atmosphere. The back end of concrete’s lifecycle is similar as demolition of buildings emits large amounts of concrete dust into the air. New technologies that trap and reduce dust emissions are making inroads, but not nearly fast enough, say environmental leaders.

Another green trend among concrete makers is recycling in one form or another. According to the U.S. Environmental Protection Agency (EPA), some are using waste ash products from other industries to create an entirely new, greener concrete mix. Others are focusing on collecting concrete chunks from demolition sites and crushing them to re-use in new construction projects. Such efforts require less energy and less water and as a result can reduce the carbon footprint of manufacturing concrete significantly.

Of course, all that finished concrete around us not only inhibits biodiversity—wildlife doesn’t find paved-over areas particularly hospitable—it also leads to pollution, erosion and flooding as torrents of run-off can’t naturally percolate through soils as they make their way downstream. So-called permeable concrete seeks to address this issue by absorbing much more water than traditional concrete, slowing down and significantly reducing urban run-off. Yet another concern is that concrete absorbs much more heat than does soil, so cities are often significantly warmer than rural areas, exacerbating the greenhouse effect. One solution to this so-called “urban heat island effect” may be lighter-colored concrete, which has been shown to reflect up to 50 percent more light than its more traditional darker counterparts.

While there is much innovation afoot within the concrete industry, the vast majority of concrete produced still isn’t particularly green. Until some of these forward-thinking techniques and technologies become more mainstream, the pavement beneath our feet will continue to be a thorn in the side of those working to fight climate change and clean up our environment.

EarthTalk® is produced by Doug Moss & Roddy Scheer e-mail us your question: earthtalk@emagazine.com.