"Burnt" a tepid warm over of the rock star chef genre 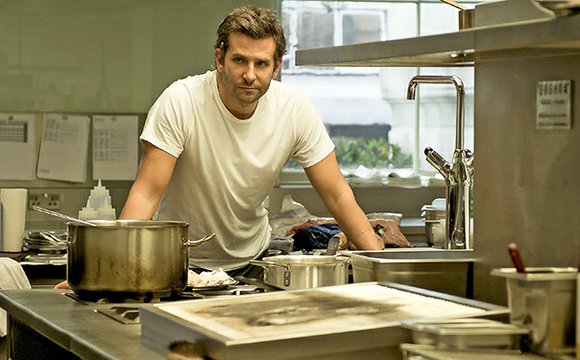 NEW YORK--"BURNT' is the latest offering to portray the bad/boy star chef phenomenon. Starring Tony (Elephant Man) and four-time Academy Award nominee Bradley Cooper, who received his latest nod from the Academy for his stellar work in Clint Eastwood's American Sniper). and directed by TV's John Wells (ER, Third Watch, The West Wing, Shameless), the film lacks any of the punch and drama that you can see on any of Well's TV shows. 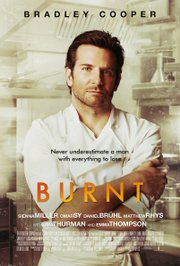 Beautifully filmed in New Orleans and London by 2009 Sundance Award-winning director Adriano Goldman, who is himself a noted director in Brazil, and edited by the stellar British director and editor Nick Moore, who did just about any British comedy/drama you ever loved (starting with The Full Monty, the 1999 smash-hit Notting Hill, About a Boy, Love Actually), how could this project possibly have gone wrong?

The film has a stellar international cast that is largely wasted in this vehicle. Britain's Emma Thompson (Remains of the Day, Howards End) plays Jones' therapist. British/American hottie Sienna Miller (played opposite Cooper in American Sniper as wife Taya Renae Kyle, who co-wrote the source autobiography, American Wife: A Memoir of Love, Service, Faith, and Renewal, upon which the movie was based) is Jone's love interest. German actor Daniel Bruhl (Inglorious Basterds) is his loyal sidekick and Welsh actor Mstthew Rhys (ABC's Brothers and Sisters, FX's The Americans, plays his arch-rival Reese. And, oh yes, Uma Thurman is thrown into the mix in a forgettable role.

Cooper played a similar role in a short-lived Tv version of Kitchen Confidential, but why bother to see his latest film when you can watch the real bad boys, like Gordon Ramsey of Alan Bourdain, or real-life do-or-die chef's competition on Top Shelf.

Compare Burnt to the recently screened documentary "For Grace" which was featured at this year's Chicago International Film Festival, and is headed for Video On Demand and limited release in art houses around the country, which portrays the struggles of real-life chef Chris Duffy, who battles the ghost of his parent's murder/suicide, divorce, emotional depression and crushing debt from his year's long effort to open his dream restaurant. Now that's the stuff of a dramatic film!