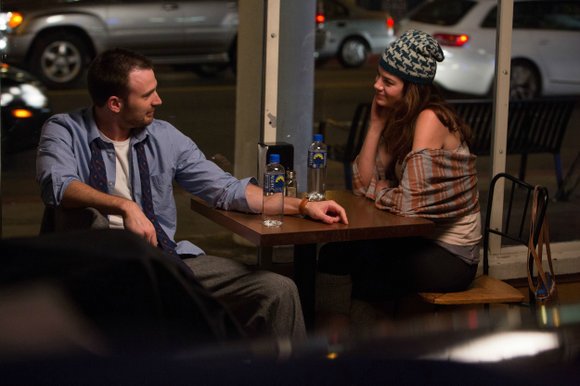 No Big Budget Films this Week

Before We Go (PG-13 for suggestive material and brief profanity) Chris “Captain America” Evans makes his directorial debut with this romantic dramedy revolving around the love which blossoms over the course of an eventful evening between a street musician (Evans) and an unhappily-married woman (Alice Eve) from Boston left stranded in Manhattan after being mugged. With Mark Kassen, Emma Fitzpatrick and John Cullum.

Blind (Unrated) Psychological drama, set in Oslo, about a recently-blinded woman (Ellen Dorrit Petersen) who withdraws from the world to the security of her apartment to find herself facing both her deepest fears and her wildest, repressed fantasies. Co-starring Henrik Rafaelsen, Vera Vitali and Jacob Young. (In Norwegian with subtitles)

The Black Panthers: Vanguard of the Revolution (Unrated) Power to the people documentary chronicling the rise and fall of the Black Panther Party. Directed by three-time Emmy-winner Stanley Nelson, and featuring recently-unearthed archival footage of Bobby Seale, Huey Newton and Bobby Seale.

Break Point (R for profanity and sexuality) Sibling rivalry comedy about a tennis pro (Jeremy Sisto) with anger issues who asks his long-estranged brother and former doubles partner (David Walton) to pick the racket back up so the two can settle their differences while competing in a Grand Slam tournament. With Adam DeVine, Joshua Rush and Sara Bailey. 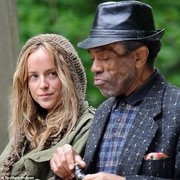 Chloe & Theo (PG-13 for brief violence) Unlikely buddies dramedy about an Eskimo (Theo Ikummaq) who is befriended by a homeless girl (Dakota Johnson) when he ventures from the Arctic to New York City to warn the world's leaders about the impact of global warming. Support cast includes Jessica Anderson, Christopher Backus and Lawrence Ballard.

Dirty Weekend (Unrated) Neil LaBute wrote and directed this romantic dramedy about the sparks which fly between a couple of business colleagues (Matthew Broderick and Alice Eve) when they venture away from the airport during a long flight layover in Albuquerque. With Phil Burke, Gia Crovatin and Charles Duran.

A Sinner in Mecca (Unrated) Parvez Sharma wrote, directed and stars in this skeletons-in-the-closet documentary as a gay Muslim secretly making a Hajj pilgrimage to Saudi Arabia, a country where homosexuality is a crime punishable by death.

Steve Jobs: The Man in the Machine (Unrated) Unauthorized, warts-and-all documentary exploring the dark side of the late Apple founder's personal and private lives.

The Transporter Refueled (PG-13 for action, violence, sexuality, profanity, drug use and mature themes) Fourth installment of the adrenaline-fueled franchise features Ed Skrein replacing Jason Statham as the title character. This episode finds the mercenary on holiday with his father (Ray Stevenson) in the south of France where their vacation is interrupted by a femme fatale (Loan Chabanol) in need of a getaway driver for her gang of bank robbers. With Gabriella Wright, Lenn Kudrjawizki, Tatiana Pajkovic and Radivoje Bukvic.

A Walk in the Woods (R for profanity and sexual references) Buddy dramedy about a retiring travel writer (Robert Redford) who is joined by a long-lost friend (Nick Nolte) on a 2,200 mile trek along the Appalachian Trail from Georgia to Maine. Supporting cast includes Emma Thompson, Mary Steenburgen, Nick Offerman and Susan McPhail.