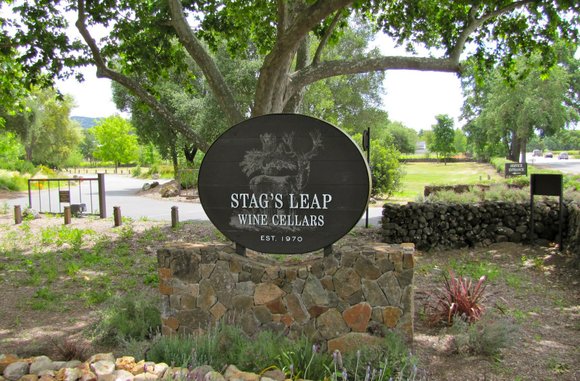 "Born to Run," the album that catapulted Bruce Springsteen into the national spotlight, celebrated its 40th anniversary last week.

Springsteen fanatics love sharing the story behind the album. The Boss released two records in 1973, and although critics praised both, they flopped. So Springsteen's third effort was, quite literally, his last chance. As Springsteen biographer Peter Ames Carlin once explained, "Columbia [Records] gave Bruce and the band just enough money to produce one song to show he could make great singles and prove the next album would be worth making. That's why [the band] took six months on 'Born to Run.' Every single note had to be perfect, otherwise they knew they would be going back to Asbury Park empty-handed." 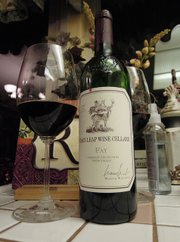 When Columbia executives heard Springsteen's recording, they signed up for a third album. They knew that the 26-year-old Garden Stater was going to be a superstar.

Similarly, many of history's greatest wines almost never made it.

Consider the wines that emerged victorious at the "Judgment of Paris," the 1976 wine competition that pitted California against France. Everyone assumed that France would win, but the winners -- Chateau Montelena's 1973 Chardonnay and Stag's Leap Wine Cellars' 1973 Cabernet Sauvignon -- hailed from California. The performance transformed America's wine industry, yet both wines almost didn't happen.

The story of Stag's Leap Wine Cellars begins in 1969. That year, former Robert Mondavi winemaker Warren Winiarski tasted a homemade Cabernet Sauvignon from winegrowing pioneer Nathan Fay. The wine was an epiphany for Winiarski; it captured everything he loved about Napa Valley. So he promptly purchased 44 acres of land next door to Fay, ripped out most of the prune, cherry, and walnut trees that covered the property, and planted Cabernet Sauvignon and Merlot.

If Winiarski hadn't tasted Fay's homemade wine -- and been able to purchase the adjoining property -- Chateau Mouton-Rothschild would have won the Judgment of Paris.

At Chateau Montelena, winemaker Mike Grgich feared for his job after finishing his 1972 Chardonnay. Grgich had exposed the wine to so little oxygen during production that a natural browning enzyme remained in the wine for two months after bottling. Had the wine remained brown -- and had Grgich lost his job -- he wouldn't have finished the 1973 Chardonnay, so Domaine Roulot's Meursault-Charmes would have won the Paris contest.

John Shafer is sometimes credited with creating Napa Valley's modern style with his 1978 "Hillside Select." But that wine was an accident. Shafer had just moved to Napa Valley and couldn't find any pickers during harvest. As a result, his grapes were picked several days later than planned -- and were consequently much riper.

Screaming Eagle, Napa Valley's most famous "cult" Cabernet, traces its origins to a trash can.

In 1986, former real estate agent Jean Phillips purchased 57 acres in Oakville, California. Most of her land was planted to white varieties that were sold. But one acre consisted of Cabernet Sauvignon, from which she made wine in a plastic trashcan. Curious about her homemade wine's potential, Phillips brought some to the team at Robert Mondavi Winery, who promptly encouraged her to produce commercially. So in 1992, Phillips hired well-known consultant Richard Peterson and his daughter, Heidi Barrett. The inaugural release was awarded 99 points by Robert Parker and sold out instantly.

One of Bordeaux's top properties, Château Cheval Blanc, describes its 1947 cuvee as a "happy accident of nature." The weather was extreme that year; by harvest, most grapes had roasted on the vine. Air conditioning and temperature-controlled fermentation tanks didn't yet exist, so the excessive heat continued through production. As a result, many wines -- including the Cheval Blanc -- didn't finish fermentation, so were bottled with significant residual sugar and volatile acidity. Yet, as wine writer Mike Steinberger once explained, "the '47 Cheval is probably the most celebrated wine of the 20th century."

It's hard to imagine that Bruce Springsteen would have forever gone unnoticed – or that any of these wines would have forever failed to capture oenophiles' imaginations. But it's certainly possible. In wine, as in art, accidental superstars abound.