“Black Man in a White Coat” by Damon Tweedy, M.D. 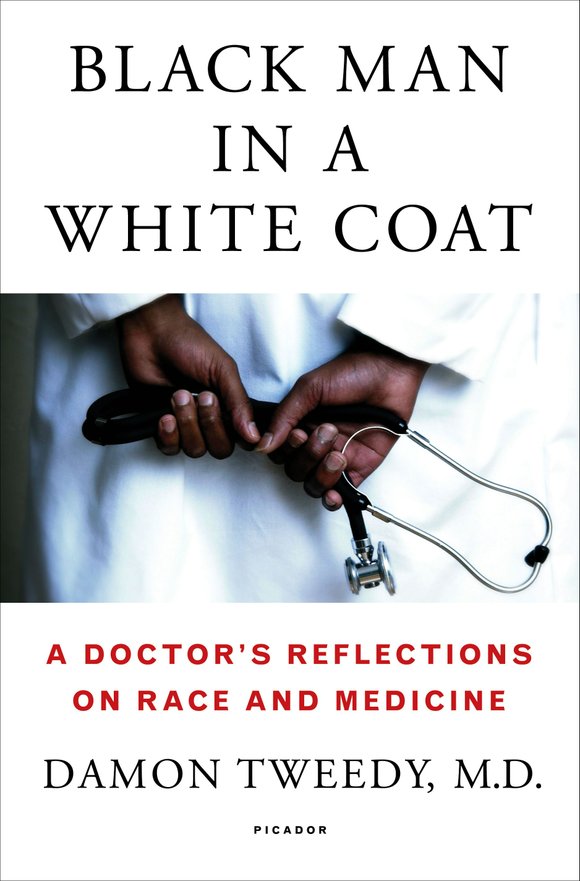 You’ve always been a bounce-out-of-bed kind of person, but not anymore: you’re achy now, tired, and you can’t think straight. Did you pick up a bug of some kind or – as you’ll learn in the new book “Black Man in a White Coat” by Damon Tweedy, M.D. – does the color of your skin have something to do with it? 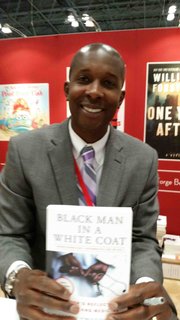 Damon Tweedy knew he was a rarity.

In 1996, the year he entered medical school at Duke University, just seven percent of all medical students in the U.S. were black. That minority-within-a-minority, he says, led to unintended racism in the classroom.

Working at the hospital, he also saw racism’s effects: many of Tweedy’s patients were black, and the state of their health opened his eyes. He’d grown up in a solidly middle-class neighborhood with two parents who demanded education. Those were things that most of Tweedy’s black patients never had, and that mattered.

As he worked his way from student to intern to resident, Tweedy gained experience and tried several branches of medicine before deciding on psychiatry as a specialty. But long before that, he worked in Labor & Delivery and learned that “more than 70 percent of black children are born to unmarried women,” a rate that’s more than twice that of white babies. He saw the affects of poverty while volunteering at a “safety-net clinic” in rural North Carolina . There, he found that “poor blacks were four times as likely as the general population to receive care” at such facilities.

Hypertension is “50 percent more common in black people than in whites…” Homicide is the leading cause of death for black male teens, which can lead to survivor guilt. AIDS, once a death sentence, is treatable today – although “black people… are more than eight times as likely as whites to be diagnosed with HIV.” Overall, “Being black can be bad for your health” but there are windows of good news…

When you first glimpse “Black Man in a White Coat,” you may wonder if it’s about health or if it’s a memoir. It’s both, actually, but that scarcely matters when a book is this good.

With a calm voice that belies the urgency he so apparently feels about the subject, author Damon Tweedy, M.D. explains why African Americans need to pay better attention to their health and the care they get. How the system fails black patients is of particular interest to him (he, in fact, relates an anecdote of his own as illustration), and he offers opinions on the Affordable Care Act. In between this obviously useful info, Tweedy also shares with readers his long and personal path to becoming a doctor and how he grew with each step.

This is one of those books you wish wouldn’t have to end. It’s interesting, gently humorous, and – more importantly – it may save lives. And if those aren’t good enough reasons to want “Black Man in a White Coat,” then read it just for the health of it.

“Black Man in a White Coat” by Damon Tweedy, M.D.