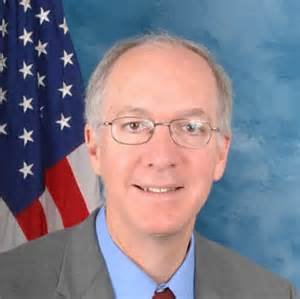 Congressman Bill Foster (IL-11) on has announced his support for the Iran nuclear agreement. Foster, the only physicist in Congress, was a high-energy physicist and particle accelerator designer at Fermi National Accelerator Laboratory for over 20 years.

Foster announced his support for the agreement on Tuesday with Secretary of Energy Ernest Moniz, and Richard Garwin, a physicist who helped develop the first hydrogen bomb.

Foster's full remarks are below:

Thank you all for coming today.

I'm Bill Foster, and I have the honor of representing Illinois' 11th Congressional District.

I have had the honor of knowing Ernie for nearly two decades and have been incredibly impressed by the work he has done during his tenure as the Secretary of Energy, especially in the role he has played in developing and championing the Iranian nuclear agreement.

As the only physicist remaining in Congress - in fact, the only Ph.D. Scientist of any kind - I have felt a special responsibility to perform due diligence on the technical components of the proposed nuclear agreement.

At this point I am up to, I think, my 15th briefing on this subject, many of which were lengthy individual classified briefings by the technical experts who supported the negotiating team.

I have to mention that a number of those experts are at Argonne National Laboratory, which I'm proud to represent, and other labs throughout the country.

We should all be proud, and grateful, for those who have spent much or all of their careers "behind the wall" at the reactor and weapons labs and intelligence agencies throughout our country.

At times like this, to those who have spent their careers making our country safer and minimizing the risks of nuclear war: Thank you.

I would also like to thank Dick Garwin, one of the 29 Scientists and Engineers who recently spoke out in support of the proposed nuclear agreement, for his legendary contributions to nuclear weapons and technology, the design and construction of the world's first Hydrogen bomb, in national technical intelligence, and in nuclear nonproliferation.

I am here today to add my name to that list of 29 scientists and engineers who have endorsed the deal and the growing number of members of Congress who will be voting in favor of it.

I would like to begin by echoing the sentiments of Sam Nunn and Richard Lugar in stating that no arms control deal is ever perfect, and that our overriding objective must be to prevent Iran from obtaining a nuclear weapon.

But after carefully weighing all the options and possible outcomes, I do believe that voting for this deal will make it less likely that Iran will develop nuclear weapons.

And voting against this deal, with no better options in sight, makes the potential for Iran to develop a nuclear weapon more likely.

My support for this agreement is determined not by trust, but by science.

The benefits of this agreement, in terms of the limitations that it places on the Iranian nuclear program in the short and medium term, are well known: