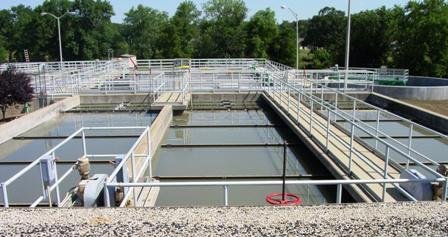 New Lenox's wastewater treatment plant will be expanded to double its capacity in a project that will be funded by increases in the sewer fund fees residents pay.

The New Lenox Village Board approved an increase to the village’s sewer rates to help fund operations and improvements to its sewage treatment plants.

Board members said Monday they recognized the decision to raise rates was a difficult one, but said it was necessary to improve and maintain the village’s infrastructure.

The increases go into effect January, and the average residents’ utility bill could increase about $15 to $20 monthly, village officials said.

Before the vote, Trustee David Smith said that some residents told him they would prefer giving up their property tax rebate if sewer rates would stay the same. New Lenox refunds a portion of homeowners’ property taxes that they pay to the village each year.

Village officials said they did not want to promise residents that their sewage rate would freeze in lieu of not issuing a property tax rebate or issuing a lesser rebate.

The sewer rate increase applies to residential, commercial and industrial development in town, and the village has to apply the increase across the board, Mayor Tim Baldermann said.

Baldermann said that the increase is not popular and the village board tries to be sensitive to residents’ budgets.

“Everybody up here tries to be as conservative with our tax dollars as we can,” he said.

Trustee Annette Bowden said that the vote to increase sewer rates was for “the best interest of the community.”

The village board voted 6-0 in favor of raising the sewage rates.

The revenue generated from the sewer rate increase will help fund a $19 million expansion of the sewage treatment plant No. 2 at Cedar Road, north of U.S. 30, officials have said. The expansion would double the capacity of waste and wastewater it can hold from 750,000 gallons to 1.5 million gallons daily.

Because the village can secure funding for the improvements, it can also take advantage of low-interest loans from the Illinois Environmental Protection Agency, officials said.

In other news, the Parkview Christian Church is seeking board approval to build a new 28,400-square-foot church on the west side of Schoolhouse Road in the middle portion of the Deer Point South development.

The church will have a worship center/sanctuary with a maximum seating capacity of about 615 people as well as classrooms, meeting space, offices and 375 parking spaces.

The Deer Point South development, on the west side of Schoolhouse Road in between Laraway Road and Illini Drive, was originally approved to contain about 110,000-square-feet of commercial space, 64,000-square-feet of office space and 69 single-family homes.

The church will be replacing the office space of the development, according to board documents.

Nearby residents in the Sky Harbor neighborhood said they were concerned about the traffic the church would bring and accessing their subdivision on Sundays.

Church officials said that there should be limited traffic during the weekdays, with peak activity on Sunday mornings.