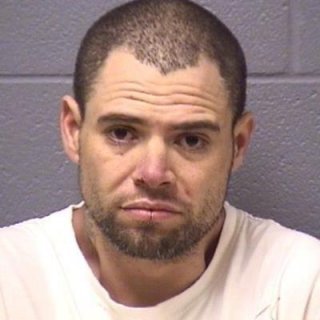 Will County Sheriff deputies made a traffic stop near the area of Doris Avenue and Gardner in Joliet Township on Tuesday, April 5.

The stop, for an invalid registration on a Chevy Impala, resulted in an arrest for methamphetamine production.

After speaking to the driver, Ashley E. O'Connell, age 26, of 1328 Ridgewood Avenue in Joliet, she was asked to exit the vehicle.

Passenger, Anthony J. Gomez, age 37, also of 1328 Ridgewood Avenue in Joliet, and a female passenger (who was later released without charges) were also asked to exit the vehicle.

A search of the vehicle revealed a sealed plastic Pepsi bottle with unknown chemicals inside and a nylon bag containing drain cleaner, Sudafed, a cold pack, and zip lock baggies. Also found was drug equipment and a baggie containing suspect meth.

At this time deputies believed that the contents located inside the vehicle were used in the production of methamphetamine. While questioning the subject's, deputies also came to believe that the contents inside the Pepsi bottle were being 'cooked' and were potentially unstable. The Joliet Fire Department, as well as, the Illinois State Police Methamphetamine Response Team was called to the scene. The Illinois State Police MRT conducted a more thorough search of the vehicle and alleviated any potential hazards.

Both are being held at the Adult Detention Facility where they are scheduled to appear in bond court on Wednesday.