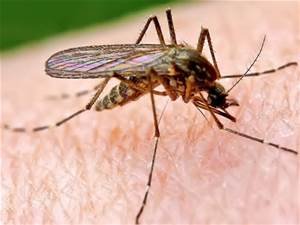 Some local municipalities are taking steps to ensure that mosquito populations are in check this summer as worries over the spread of the Zika virus in the U.S. continues.

Those worries look to be sound, following a report from the Centers for Disease Control and Prevention this week in which deputy director Dr. Anne Schuchat said that disease and its spread seems worse than originally anticipated.

So far, according to the CDC, 346 cases of Zika have been confirmed in U.S., 32 of which were confirmed in pregnant women. The disease can be spread by mosquito bite and has been recently revealed to also be spread through sexual transmission.

The disease can cause an array of complications during pregnancy including premature births, blindness, and small heads—microcephaly—in newborns.

The CDC has warned that the geographic range of the mosquitoes capable of transmitting the virus is also broader than originally thought with the species now thought to be located in at least 30 U.S. states.

The $1.9 billion that President Barack Obama recently asked congress to commit to the effort to combat the spread of the virus makes the $12,000 that the Village of Shorewood approved this week for larvacide tablets look like a bargain.

The tablets, or biscuits, will get placed in catch basins and storm drains around the village before the start of mosquito breeding season public works director Chris Drey told the village board this week.

“We want to make sure we have these biscuits in the drains to make sure that that’s not a breeding spot for the mosquitoes,” said Drey.

The village is purchasing 15 cases of the tablets which will be supplemented with another 3-5 cases they receive through a grant program. In total, the village will place about 3500 tablets in water inlets that will cover the majority of the town, according to Drey. One biscuit lasts about 6 months said Drey, even in cases of heavy rains.

Drey said that the goal is to have the larvacide in all the village’s basins before the end of May.

He said that the board already approved its annual mosquito spraying for this year which will combat the flying form of the insect.

Public Works Director Allen Persons said that village crews place larvacide tablets in storm sewers and retention ponds and in past years have been covered by Plainfield Township’s mosquito spraying in the area.

Persons said that the tablet “method seems to be very effective” but said that “spraying is limited based on weather” and is dependent on the time that it’s done for its effectiveness.

He also noted that spraying is only effective for a short period of time and that “some residents don’t like the spraying of chemicals in the air.”

Currently, he said, spraying for mosquitoes is not a budgeted item or part of the current plan for this year.

O’Rourke said he would like the village’s mosquito control efforts to be communicated to the public either through a message in their water bills or some other means. Village Administrator Brian Murphy suggested that a message could go out through its e-news email blast.

O’Rourke said that he hoped that the communications and the village’s efforts would quell any growing anxiety the public may have over the possible spread of the virus.

“It seems like it’s more and more in the news every day,” said O’Rourke who said that the village’s efforts are “going to be more critical if it makes it this far north.”