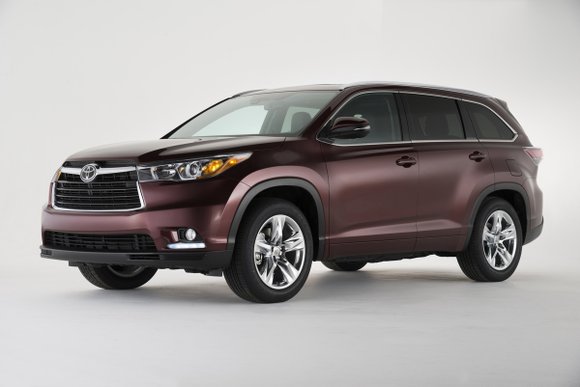 The Toyota Highlander birthed the midsize crossover segment. That’s what Toyota claims. We can think of a several other automakers that might want to dispute that but none can argue that the Highlander is a first rate crossover.

We had the hybrid version. It was sedate, quiet and fuel efficient. Technically, we had the 2016 Toyota Highlander Hybrid Limited-V6 AWD.

It was powered by a 3.5-liter V6 that made 231 horsepower and 215 pound-feet of torque. According to the stat sheet, there were three electric motors. The first acted as a generator, engine starter and a transmission ratio controller. The second drove the front wheels and acted as a regenerator during braking. While the third drove the rear wheels and also regenerated during braking.

It gets confusing when trying to calculate the horsepower of electric motors working in tandem with gasoline engines. Add both motors’ horsepower ratings and it totals more than the gasoline engine’s output. But according to Toyota, the total oomph put out by the 2016 Highlander’s powertrain is 280 horsepower or 209 kW.

That’s fine; where the trouble comes in is the transmission. Like many hybrids, the Highlander has a continuously variable transmission or CVT. They’re fine pieces of technology but they are direct opposites of normal gear boxes because a CVT does not have gears, it has pulleys.

Thus, a CVT does not shift gears, it drones on as though something is wrong. Worse, because there is an audio connection between sound and speed, a CVT equipped vehicle always seems to be moving slower than it sounds.

That was the case with the Toyota Highlander. It just seemed slow but it wasn’t. Still, a driver would do well to change his or her tendencies behind the wheel. Forget aggressive accelerations from any speed until you understand that the Highlander is responding to accelerator input it just doesn’t sound like it. In other words, check your speedometer often.

That is the downside of a CVT equipped hybrid. The upside was the 2016 Highlander’s EPA rating: 27 mpg in the city, 29 mpg on the highway and 28 mpg combined.

The Highlander had a MacPherson strut independent front suspension and a double wishbone set up in the rear. It rode smooth without feeling floaty; it handled without a lot of fanfare. We never felt like we were driving a truck and the Highlander tracked well. In other words, it went where the electric power steering system pointed it.

This is the third year of the third generation Toyota Highlander. And for the uninitiated, it is a three-row crossover, although from the exterior it doesn’t look that big but it can seat up to eight people.

And no doubt due to its all-wheel-drive system, as well as its nickel hydride battery, our test vehicle weighed a hefty 4,800 lbs. It could tow 3,500 lbs. and it operated in front-wheel-drive mode until the wheels slipped, well actually before slippage takes place.

Toyota calls it Dynamic Torque Control All-Wheel Drive. “The system takes input from various sensors (vehicle speed, steering speed and angle, throttle angle and yaw rate) to actively govern torque distribution to the rear wheels via an electromagnetically controlled coupling in the rear differential. Dynamic Torque Control automatically shifts to AWD when accelerating to help prevent front wheel slippage…” When the system does detect wheel slippage it can send up to 50 percent of the Highlander’s torque to the rear wheels.

The interior was pretty comfortable. Our test vehicle was equipped with a moonroof; a panoramic roof is available. It had a smart key, heated and cooled front seats, Bluetooth, voice controls and a satellite radio which was attached to a premium audio system.

There was a rear seat Blu-ray entertainment system with wireless headphones. The second row also had captain’s chairs. Pull one lever and the second row seat back flopped forward, the seat slid up and that provided relatively easy access to the third row.

The 2016 Toyota Highlander is a vehicle for all seasons. It can carry a bunch of people, a bunch of stuff or it can carry one individual who didn’t feel like he was being swallowed by the interior. It was a very manageable ride.

Our test vehicle’s base price was $47,870. Add on a couple of option packages and a $900 freight charge and the total came to $52,105 as tested. That does seem a bit pricey but you are paying for technology: the all-wheel-drive system as well as the hybrid system.