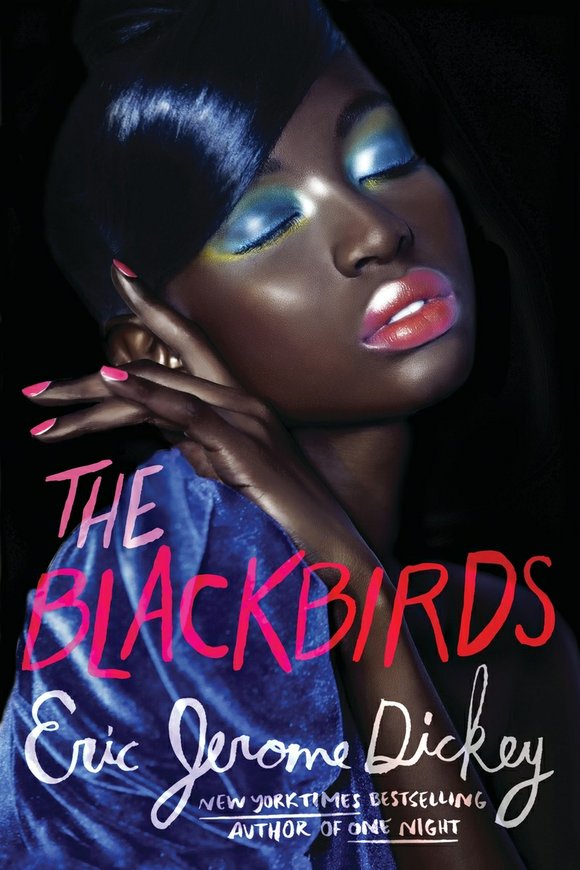 You and your girls are birds of a feather.

You flock together, preen together, share your nest when needed and, while you happily sing one another’s praises, you’d never open your beak to spill their secrets. Then again, as in the new book “The Blackbirds” by Eric Jerome Dickey, you’d never crow about all the details of your own life, either.

A mere birthday wasn’t good enough for Indigo Abdulrahaman. Oh, no - she got a birth month.

She decreed it, planned it, and made her friends follow along with her wishes. A strong-willed woman born to Nigerian parents, Indigo was the tallest of the four women, dark-skinned, with a hunger for the finer things – including men, of which she had two. And when a woman caught Indigo’s eye, she wasn’t above giving that a go, too.

Kwanzaa Browne spent the weeks before her birthday crying over a man: she caught her fiancé cheating with a Brazilian woman, which was the last straw for Kwanzaa. It would take a lot for her to forget her ex. A lot – including, perhaps, a romance with a handsome man she’d been watching for months.

Kwanzaa snagged him three weeks before Destiny Jones’ birthday, which didn’t matter to Destiny; she had nothing to celebrate. The man she loved didn’t know an important truth about her, and she didn’t know how to tell him - but before she could figure it out, he learned of her fame-not-fame, and it threatened to ruin everything.

As for Ericka Stockwell, some things were already in ruins by the time her birthday arrived: her once-abusive mother was around again, as was cancer for the second time. Even so, grateful for life, Ericka’s bucket list was full that anniversary of her birth, and it included finding the Love of Her Life. Unfortunately, once she found him, she knew she could never share the good news with her friends…

Aside from the gorgeous cover, size is likely the first thing you’ll notice about “The Blackbirds.” At just over 500 pages, it’s a brick – and I daresay it’s an unnecessary one, at that.

Don’t get me wrong: there’s a decent plot here; Oh-My-Goodness twists; and characters that are gorgeous, loyal, and cheated-upon every few pages. Since I love a good scandal, wow, that was fun - until those characters launched into mattress gymnastics and cutesy raunch-code, both of which become tiresome in short order. Cut half the ubiquitous (and rather humdrum) bedroom scenes and most of the silly faux sex-words, and I’d have been just fine. Even so, I would’ve missed the action usually found in more recent Eric Jerome Dickey novels. Sigh.

Much as I gleefully anticipate author Dickey’s novels, I didn’t think this wordy one was his best – but it’s not the worst, either. It’s not as good as his thrillers, not as good as “One Night,” but better than his more-erotic novels. So cautiously, I guess I’d say don’t discount “The Blackbirds.”

It has issues, yes, but diehard fans may still crow about it.