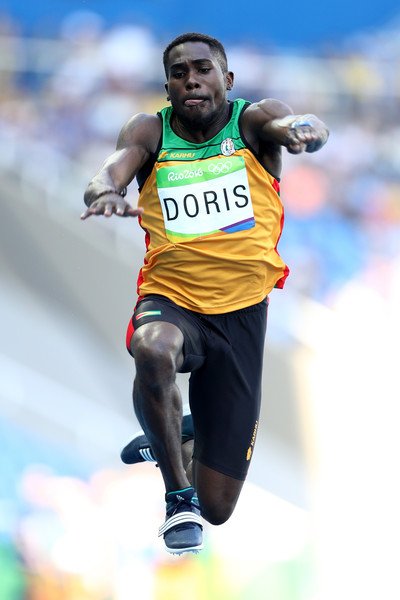 in the triple jump at the Olympic Games in Rio de Janeiro Tuesday morning.

The Bolingbrook High School graduate registered leaps of 16.88 meters and 16.63

meters before he flew 16.90 meters (roughly 55½ feet) on his fifth attempt in the

Clange of the United States was second at 17.76 meters and China's Dong Bin was

Doris, who is Guyanese by naturalization, decided to compete for the tiny

USA squad, according to recent reports in Bolingbrook-area media.

of Iowa before turning professional. Doris is also Guyana's national

record holder in the triple jump.