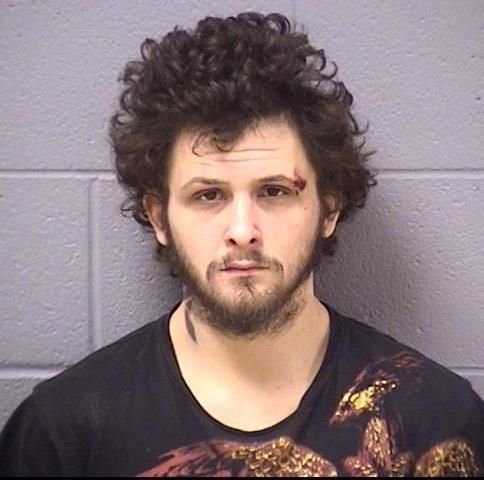 Will County State’s Attorney James Glasgow announces that a Lockport man has been sentenced to nine years in prison for beating his fiancé while wearing brass knuckles earlier this year.

Robert Szymanski, 26, of the 1700 block of Hamilton, also looped his belt around the woman’s neck and choked her during the Jan. 16 attack.

The defendant became enraged at his fiancé after consuming alcohol and Xanax for which he did not have a prescription. At first he threw her down on the couch and began choking her with his hands, and then he began punching her in the head and body while wearing brass knuckles.

She slipped out of the house and had a relative take her to the emergency room after he fell asleep. After receiving treatment, she reported the attack to Lockport Police, resulting in Szymanski’s arrest.

The victim suffered a fractured hand and serious bruising about her neck, head and body.

“Robert Szymanski brutally attacked this woman during a drug-and-alcohol fueled rage,” State’s Attorney Glasgow said. “I applaud this woman for her courage in coming forward and cooperating with our Domestic Violence Prosecution Unit to hold him accountable for this act of uncontrolled violence.”

The State’s Attorney credited his Domestic Violence Prosecution Unit and prosecutor Katie Rabenda for securing the guilty plea and sentence that places this dangerous abuser behind bars.