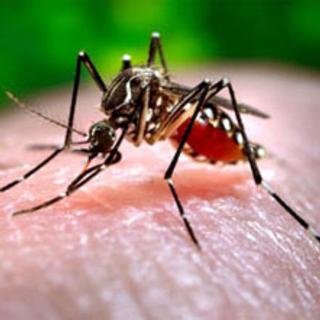 The Will County Health Department announced Thursday that a bird picked up in Naperville had West Nile Virus, making it the first confirmed case in an animal in the county in 2016.

Kathryn Nelson, Program Coordinator for the Environmental Health Division, said the bird was picked up in Naperville on Aug. 16.

In addition, the Will County Health Department said mosquitoes have tested positive for West Nile Virus in seven Will County communities so far this summer, an increase of four since July 22.

Joliet, Manhattan, Mokena and New Lenox joined Bolingbrook, Naperville and Shorewood in having WNV-positive mosquitoes collected in monitoring sites. The county has 14 collection sites throughout the county and also receives information from other entities.

Positive samples were found in Joliet on July 29 and Aug. 8, Manhattan on Aug. 9, Mokena on Aug. 9, and New Lenox on Aug. 4. Bolingbrook made the list again, with additional positive results from an Aug. 17 collection.

The Health Department’s Environmental Health Division reported that 25 batches of infected mosquitoes have been collected in the county so far in 2016.

West Nile Virus is transmitted to people or animals through the bite of an infected mosquito. Birds pass the virus to mosquitoes through a blood meal.

Most people infected with WNV exhibit no clinical symptoms, but approximately 20 percent of cases result in mild or serious illness. Preliminary symptoms typically include fever, headaches or body aches. More serious illnesses can result in meningitis, encephalitis or death.

The Health Department also collects a small number of birds for testing by the state. To report dead birds, telephone (815) 740-7631 any time.