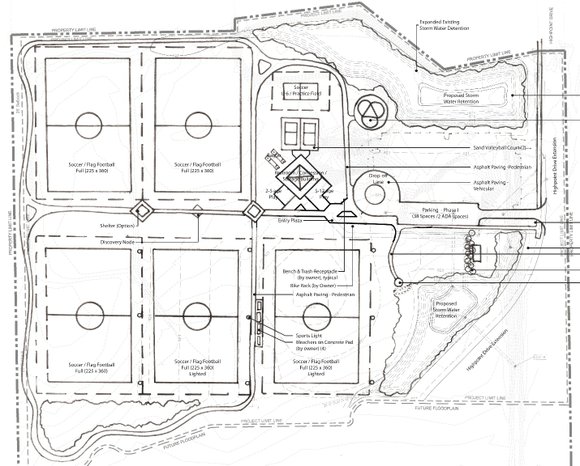 Romeoville will be moving forward on a major park and recreation expansion starting in 2017.

The plan will add 38.5 acres of park space by 2018 according to a press release from the village.

Last year, Romeoville was awarded a $400,000 grant for Phase 1 development of Discovery Park.

The grant was through the State of Illinois' Open Space Lands Acquisition and Development (OSLAD) grant program.

The State placed the OSLAD grant program on hold last year as it worked to shore up its finances.

The Village recently learned that the grant would be released for the Discovery Park site.

The new 31-acre park site will be located on the southwest side of Romeoville near Weber and Airport Roads. The park will be constructed in multiple phases with a total estimated budget of $6 million dollars. The initial phase will begin construction in 2017 with a total budget of up to $3 million. $400,000 will be funded through the OSLAD grant, with the remainder being funded through the Village with available cash on hand.

The planned Discovery Park in Romeoville.

"This facility will create needed space for sports that continue to grow in the community such as soccer and flag football," said Romeoville Mayor John Noak.

Future phase of development will include a playground, shelter, maintenance building, concessions and restroom facilities.

In addition to Discovery Park, the Village of Romeoville is working to develop approximately 7.5 acres of open space adjacent to Volunteer Park and the Joliet Junior College's North Campus. It is anticipated that the open space will be usable for variety of activities, including practice fields, by 2018.

Combined, the two developments will add 38.5 acres of park and recreation space, including multiple soccer and football fields by 2018. These new sites will further compliment the award winning facilities and recreation programs currently available within the Romeoville.

Nearby Shorewood announced recently that it too would receive OSLAD funds for its Lake Forest Park which were also frozen by the state back in 2015.

The 4.5 acre park on Wynstone Dr., a quarter mile north of Mound Road, will be the first park to serve residents in the southern part of the village.