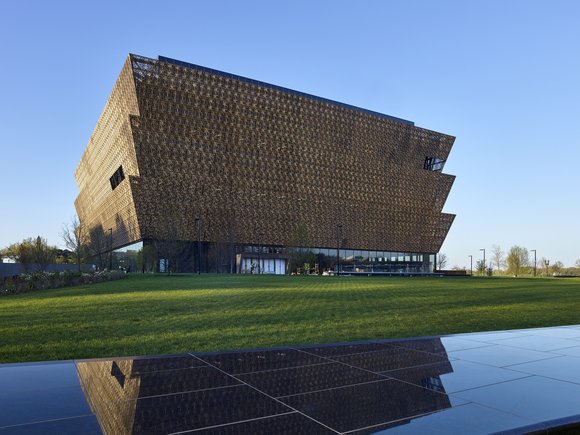 Bank of America, Kaiser Permanente, Prudential Financial Inc., Target and Toyota have each provided $2 million in sponsorships to support the grand opening and inaugural events for the Smithsonian’s National Museum of African American History and Culture.

Each company is a founding donor of the museum and their sponsorship not only includes support for the grand opening, but officials said it would also provide assistance for other needs that the museum may encounter.

“These corporations have been longstanding, essential partners in the campaign to build this museum,” Lonnie G. Bunch III, the founding director of the museum, said in a statement.

“Now, their support as sponsors will enable the museum to host a public celebration that reflects the historic significance of this event: the opening of the first national museum dedicated to the African American experience,” Bunch said.

Bank of America’s $2 million sponsorship is far from the company’s only gift to the museum. Previously, the bank announced the donation of historic images from its corporate art collection to the museum that featured 61 black-and-white photographs by Jeanne Moutoussamy-Ashe that also includes Daufuskie Island, a unique national landmark off the South Carolina coast inhabited by a community whose distinctive language and culture is strongly influenced by its African heritage.

The original gift supported construction and the museum’s “Save Our African American Treasures,” a traveling program that teaches people to identify and care for the historically significant items they own, according to a press release.

“The National Museum of African American History and Culture will bring to life an essential part of America’s heritage,” said Brian Moynihan, the CEO of Bank of America. “We’re proud to contribute to that heritage so that others can experience the inspiration of this culture.”

Moynihan, who also serves as a member of the museum’s council, said that the bank is committed to creating awareness and support for the museum and is not only proud to help preserve and honor African-American history and culture, but is also proud to be a founding member and grand opening sponsor.

Angie Thompson, a spokeswoman for the Minneapolis-based Target, said the company is proud to have supported the museum since its inception and through the grand opening.

Thompson continued: “At Target, inclusivity is one of our core beliefs and we are committed to helping foster diversity among our teams and communities. As part of this commitment, we are honored to support the mission of the museum to tell the story of African-American history and culture, as a lens for understanding what it means to be American.”

Since 1946, Target – which serves guests at 1,797 stores and online at Target.com – has given 5 percent of its profits to communities, which today equals more than $4 million each week, officials said. The company has also provided early support for the museum’s capital campaign in the amount of $5 million.

Prudential Financial, a financial services leader with operations in the United States, Asia, Europe and Latin America, also has committed $2 million and is among the grand opening sponsors of the museum. The company, which boasts a diverse workforce with employees who are committed to helping individual and institutional customers grow and protect their wealth through a variety of products and services, also donated $1 million in support of the museum’s capital campaign.

“Prudential has focused its commitment to the museum around being a founding donor and one of five corporate sponsors during the grand opening weekend,” said Alicia R. Alston, vice president for global communications for Prudential. “As part of Prudential’s support, the company will have sole naming rights to the museum’s The Hub ‘Power of Place’ exhibition which explores the idea of place and region as a crucial component of the African-American community.”

As part of its partnership with the museum, Prudential will continue important dialogue through the “Clement Alexander Price Lecture Series,” which will run through Dec. 2018 and highlight Price’s appreciation of African-American history, culture and art and his commitment to the museum and love of people of his hometown, Alston said.

Noted as one of the country’s leading health-care providers and not-for-profit health plans, Kaiser Permanente also counts among the five grand opening sponsors. Officials said the company, which also donated $5 million to the museum’s capital campaign, is committed to providing high-quality, affordable health-care services and to improving the health of its 10 million members and the communities it serves.

Toyota, a top automaker has built more than 30 million cars and trucks in North America over the past 50 years and the company operates 14 manufacturing plants and employs more than 44,000 workers on the continent. Toyota has provided $1 million to the museum’s capital campaign and the company’s $2 million grand opening sponsorship recognizes the corporation’s and the museum’s parallel commitments to education and conservation.

The Smithsonian National Museum of African-American History and Culture officially opens on Sept. 24 with President Barack Obama and other dignitaries scheduled to be on hand to dedicate the museum at an outdoor ceremony at 9 a.m.

The public is invited to gather on the Washington Monument grounds across the street from the museum to witness the ceremony on Jumbotrons. They’ll also be able to take in a three-day festival.

Groundbreaking occurred in 2012 and the museum occupies a prime location in the nation’s capital on the National Mall at the corner of Constitution Avenue at 14th Street, a short distance from the Washington Monument.

The nearly 400,000-square-foot museum will be the nation’s largest and most comprehensive cultural destination devoted exclusively to exploring, documenting and showcasing the African American experience.

“African-American history did not stop with President Barack Obama’s election, and so we won’t stop either,” Bunch said in a televised interview this week. “There will be plenty for us to talk about in the future, and we’re looking forward to helping Americans understand the contributions of African-Americans to the rich tapestry of our culture.

MUSEUMSPONSORS Bank of America, Kaiser Permanente, Prudential Financial Inc., Target and Toyota have each provided $2 million in sponsorships to support the grand opening and inaugural events of the National Museum of African American History and Culture. (Alan Karchmer/NMAAHC)

LONNIEBUNCH Lonnie G. Bunch III, the founding director of the museum said that the five grand opening sponsors have been longstanding, essential partners in the campaign to build the National Museum of African American History and Culture. (Freddie Allen/AMG/NNPA