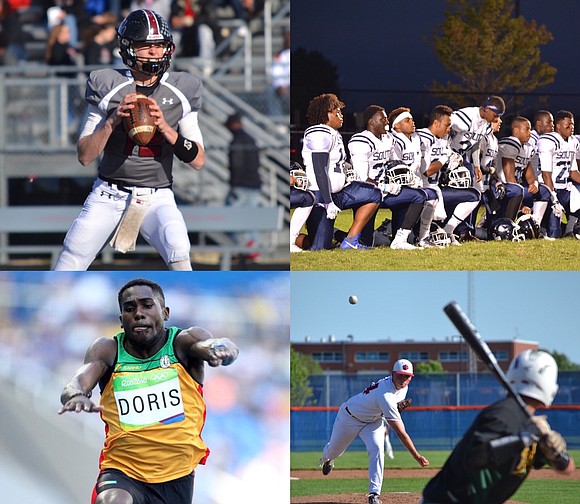 There was no shortage of big sports stories during 2016 both nationally and locally. Whether is was teams making runs at a championship or some local players taking a (metaphorical) stand against one of the biggest issues of the year.

Here are just the top five sport stories we decided were the biggest of 2016.

Manager Jeff Isom was awarded the Roger Hanners Award for Manager of the Year, Liam O’Sullivan the Brian Tollberg Award for Pitcher of the Year, and Andrew Gates of ATI Physical Therapy Trainer of the Year. The division title marked the first playoff appearance for the Slammers since 2011, when they took home the championship.

2016 was a historic year for the Plainfield North athletic program. It started back in the spring with the Tigers’ baseball team which made it all the way to the final four and finished with a 33-5 record. The Tigers also earned a conference title, a regional title, a sectional title and a super-sectional title during its historic season.

The Bolingbrook High School graduate registered leaps of 16.88 meters and 16.63 meters before he flew 16.90 meters (roughly 55½ feet) on his fifth attempt in the finals to place 7th.

The football program dominated the local scene and finished the regular season with a 7-2 record, with the two losses coming against the only other better teams record-wise in the Southwest Prairie Conference. The Tigers then went on a tear in the playoffs, while hosting two game and dominating Highland Park, Bradley-Bourbonnais and Rockford Auburn. A controversial finish in the semifinal against Fenwick sent the matter to court but the Tigers prevailed and lost to East St. Louis in the Class 7A Championship in Champaign.

In high school sports it was definitely the year of the Tiger. Read more here.

Just by social media metrics, this story was by far the most talked about event of 2016. The photo alone, of about a dozen Plainfield South football players taking a knee during the national anthem before the team’s September 30 game at Plainfield East, scored about 100 times the hits on Facebook than the next closest story.

Despite some of the players and even the head coach’s explanation for the one-time demonstration, many locals were not happy about it. The act prompted discussions about their first amendment rights, the topic of police brutality against African-Americans nationwide, patriotism and the national anthem itself. The story was even picked up by CBS 2 Chicago, New York Daily News writer Shaun King and was even retweeted by Colin Kaepernick, the NFL quarterback who started the protest in August.