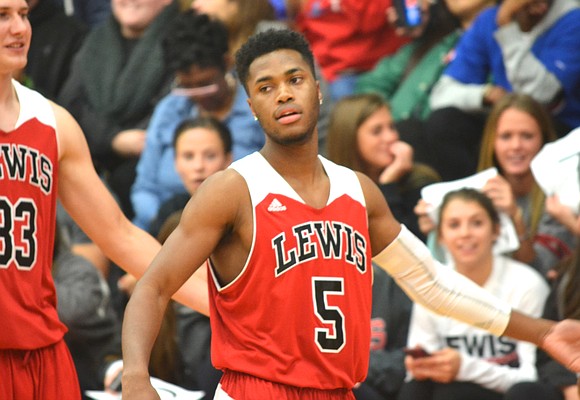 The Lewis men’s basketball team had a big 111-61 win on Sunday against Salem International on the final day of the QU Subway Holiday Classic. The win is the Flyers’ fifth-straight.

The 111 points are the most by Lewis in a single game since 2001 and the most in a regulation contest since 1997. Six different players scored in double-figures and the Flyers shot over 54 percent from the field.

Lewis improves to 7-4 with the win and will be back in action on December 30 at home against Northwood with a 7 p.m. tip-off.

No. 19 St. Francis survived a 93-91 overtime win against Goshen College on Sunday in non-conference play. Junior Iain Morison had a game-high 23 points while senior Logan Timmons earned his first career double-double with 16 points and 13 rebounds.

The Fighting Saints went on a 9-2 run to get within a point in the first half after trailing by as many as nine points. The second half had nine lead changes and six ties.

The win comes just one day after a 63-54 loss at home against Cardinal Stritch also at home. The Saints are now 7-5 on the season. St. Francis is in action again at home on Tuesday afternoon against NCAA Division II Eureka College at 1 p.m.

No. 1 St. Francis women’s basketball wins against No. 16 Cardinal Stritch

Freshman Kaitlin Aylward had a season-high 23-points in her team’s 63-56 win against Cardinal Stritch in CCAC play on Saturday.

With the win, an 11-0 overall record and a 6-0 conference record, the Fighting Saints have matched the fastest start to a season in the program’s history.

St. Francis is off until December 29 when it plays Cornerstone University at the Davenport University Holiday Classic.