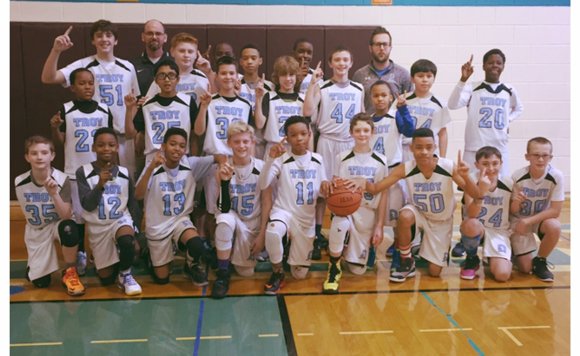 The team’s head coach is Jeff Erkenswick, and its assistant coach is Ryan Kath.

“It was a team effort,” Erkenswick said. “They worked really hard all season, and they wanted to end the season undefeated.”

Erkenswick added that many on the team are leaders in the school both academically and with other such extracurricular activities as band, volleyball and honor society.

“They’re leaders on and off the court,” he said.

“There are some exciting years ahead for this basketball team at Troy,” Director of Athletics and Activities Meagan DeGroot said.