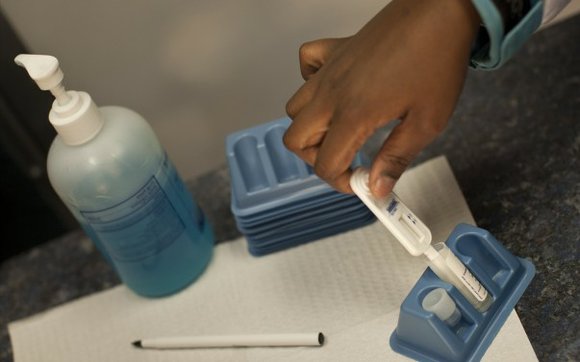 In recognition of National Black HIV/AIDS Awareness Day, on February 7, 2016, the Illinois Department of Public Health (IDPH) Center for Minority Health Services and HIV/AIDS Section are encouraging HIV testing, education, and awareness about HIV/AIDS in black communities statewide this week. This year’s theme is, "I Am My Brother’s/Sister’s Keeper: Fight HIV/AIDS!"

According to the Center for Disease Control and Prevention, compared to other racial and ethnic groups in the U.S., blacks account for a disproportionate burden of HIV/AIDS. While blacks represent approximately 12 percent of the U.S. population, they account for more new HIV infections (44 percent), more people living with HIV (43 percent), and more deaths among people diagnosed with HIV (48 percent), than any other racial and ethnic groups in the nation.

In Illinois, blacks continue to be disproportionately affected by HIV - more than other racial and ethnic groups. The rate of HIV diagnosis among blacks in Illinois is eight times that of whites, and almost three times that of Latinos. In 2014, for every 100,000 blacks, 40 were diagnosed with HIV.

Between 2010 and 2014, nearly 50 percent of individuals diagnosed with HIV were black, compared to 23 percent white and 19 percent Latino.

Among blacks, new HIV diagnoses are most prevalent among people in their twenties (40 percent of those diagnosed were between the ages of 20 and 29 at the time of diagnosis).

Many people are unaware they have HIV, which leads to progression of the disease and can result in late diagnosis, or a diagnosis of Stage 3 HIV (AIDS) within one year of initial HIV diagnosis. Among blacks, 28 percent of diagnoses are late diagnoses.

For a list of community partner events around the state, visit http://idph.riproad.com/eventList.php. To find a site that offers testing in your area, text IL and a ZIP Code to 36363.