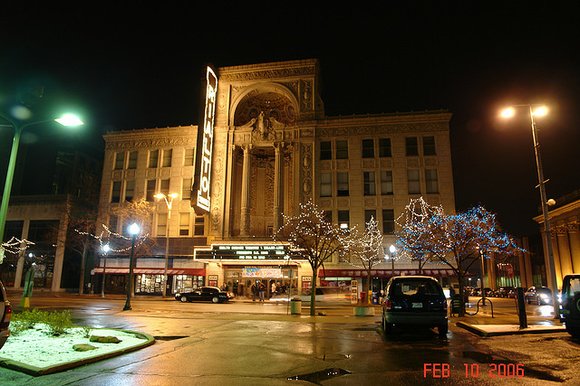 The Fox TV Series “Empire” will return to the Rialto Square Theatre for filming beginning Sunday, February 14th – Friday, February 19th. Filming this time around will take place inside the ticket lobby and Rotunda for a red carpet scene. “Producers from the hit TV series were so impressed with the Rialto the last time they filmed here that they contacted me again to check date availability” stated Trish Stoner, Rialto Events Coordinator.

Since the ticket lobby will be closed to the public for filming, the main doors at 102 N. Chicago Street as well as access to the box office windows will be inaccessible. The box office will remain open throughout filming during regular business hours, 9am – 5pm, however tickets may only be purchased by phone by calling 815-726-6600. Tickets can still be purchased online, as always, through Ticketmaster. Tickets purchased by phone through the Rialto box office during the Empire filming dates of February 15 – 19 will not be charged a phone order fee.

“We are sorry for any inconvenience that might be caused by this activity. But, we are delighted to be a part of this outstanding television program. They really like the Rialto and how well we can accommodate their needs” comments Randy Green the theatre’s General Manager.

The public tour normally scheduled for Tuesday’s at 1:30pm will be cancelled that week due to the filming schedule.

To view the complete spring 2016 entertainment listing at the Rialto visit www.rialtosquare.com