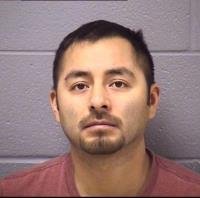 Will County State’s Attorney James Glasgow announced Friday that his office has filed Class X child pornography charges against a Joliet man who was on the Illinois Sex Offender Registry.

The charges are the result of an investigation conducted by State’s Attorney Glasgow’s High Technology Crimes Unit and the Joliet Police Department.

The Class X charge carries a prison sentence of six to 30 years in prison with no option for probation if the defendant is found guilty. Nunez is already on the state sex offender registry for a 2009 conviction for child pornography possession.

Investigators seized a computer and other electronic devices after executing a search warrant at the defendant’s house. The investigation into his recent Internet activities continues.