Foster Responds to The State Of The Union 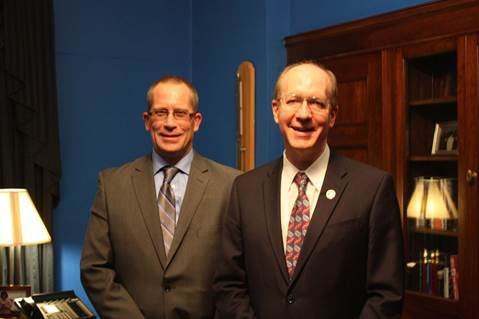 Foster with State of the Union guest Tim Ryan

Congressman Bill Foster (IL-11) released the following statement on the President’s State of the Union address:

“President Obama issued a call to focus on the promise of our country and build on the progress we have made. I hope my colleagues in Congress were listening.

“Despite all the doom and gloom we may hear from Republicans standing in opposition, the state of our union is good. In the last seven years we have brought the economy back from the brink, dropped the unemployment rate to five percent, and created more than 14.1 million private sector jobs. While much work remains to be done, we cannot ignore the progress we have made.

“But we cannot let up now. We must build on that progress by solving the problems we continue to face and investing in the future. That means finding common ground on problems like reducing gun violence, and making smart investments in things like education and scientific research and development.

“As the President noted in the second paragraph of his speech, one of the critical problems we face is prescription drug abuse and heroin addiction. That’s why I brought as my guest tonight Tim Ryan, an advocate from Naperville on the front lines of this battle, who knows from personal experience the devastation that heroin can cause, and who has committed his life to breaking the cycle of addiction.”

Foster brought Naperville resident and anti-heroin advocate Tim Ryan as his guest for the State of the Union address.