Statement on the final phase of real ID act implementation 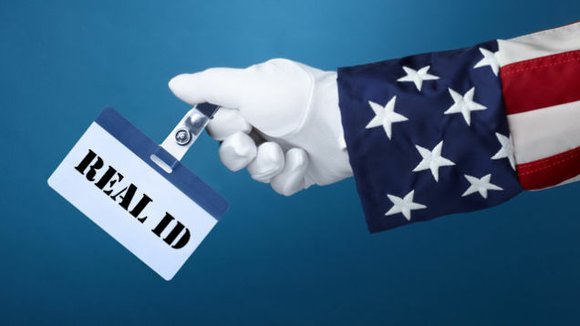 Secretary JEH C. Johnson announced the schedule for the final phase of implementation of the REAL ID Act. Bottom line up front: Effective January 22, 2018, air travelers with a driver’s license or identification card issued by a state that does not meet the requirements of the REAL ID Act (unless that state has been granted an extension to comply with the Act) must present an alternative form of identification acceptable to the Transportation Security Administration (TSA) in order to board a commercial domestic flight. Over the next two years, those states that are not REAL ID compliant are strongly encouraged to meet the requirements of the law for the benefit of their residents.

In accordance with that recommendation, Congress enacted the REAL ID Act. This law prohibits federal agencies from accepting for official purposes driver’s licenses and identification cards issued by states that do not meet the law’s standards for secure issuance and production. The law charges the Department of Homeland Security with establishing minimum requirements for these standards. So, for a license or identification card to be REAL ID compliant, the state issuing it must, for example, incorporate anti-counterfeit technology into the card, verify the applicant’s identity, and conduct background checks for employees involved in issuing driver’s licenses.

The overall goal of the REAL ID Act passed by Congress is to prevent the fraudulent issuance and use of driver’s licenses and identification cards, thereby ensuring the safety and security of the American public. Given today’s threat environment, this requirement is as relevant now as it was when the 9/11 Commission recommended it.

Since its enactment, the Department of Homeland Security has implemented the law in careful phases, including most recently at military bases, most federal facilities, and nuclear power plants. Throughout this period, we have worked closely with states to support them in coming into compliance with the REAL ID Act standards. Now it is time to move toward final implementation of the law.

At present, 23 states are fully compliant with the REAL ID Act, and the Department has used its authority to grant states extensions when they demonstrate steps toward compliance. Thus, 27 states and territories have been granted extensions for a period of time to become compliant. Six states and territories – Illinois, Minnesota, Missouri, New Mexico, Washington, and American Samoa – are noncompliant and do not currently have extensions.

We have now reached the final phase of implementation of the REAL ID Act, which relates to commercial air travel. These are the timelines for that final phase:

• Effective immediately, the Department of Homeland Security will conduct outreach to educate the traveling public about the timeline below, and continue engagements with states to encourage compliance with REAL ID standards.