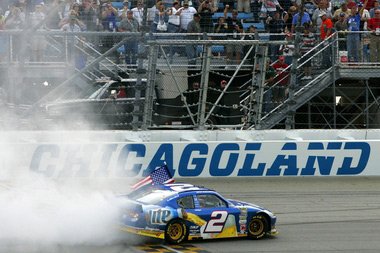 “In 2015, we witnessed a terrific year of racing at Route 66 Raceway with a thrilling mix of new events, such as ISOC Championship Snocross and RevArena, accompanying long-standing favorites like the Burndown at Sundown!, the Route 66 Classic and our weekly Test & Tunes,” said Scott Paddock, President of Route 66 Raceway. “As we flip the calendar to 2016, we look forward to building on the momentum of the previous season and once again delivering an unparalleled racing and guest experience at our world class facility”

2016 continues as bracket series racers ready for the season with the first of three Test & Tunes presented by O’Reilly Auto Parts on April 16 leading to the first of eight Rockett Brand Racing Fuel ET Bracket Series races on April 24. Starting on May 1, Test & Tunes morph into Race Your Ride events where local competitors have the opportunity to enter the World’s Premier Drag Racing Facility to put their vehicles to the ultimate test. Junior Dragsters get their first crack at the dragstrip on May 21, in the first of six competitions for the season.

On May 22, the most innovative import series in the U.S. returns to Joliet bringing much more than a race and care show. Import fans will spend the entire day enjoying amenities such as quarter-mile drag racing, a car, truck and bike show, sound-system contests, a model expo, burnout contests, DJs, vendors and more.

Taking place under the lights on Saturday, June 4, the Four Seasons Heating, Air Conditioning and Plumbing Burndown at Sundown! features jet-propelled, fire-breathing cars rocketing to speeds approaching 300 miles per hour. The Burndown at Sundown! serves as a precursor for the Route 66 NHRA Nationals, July 7-10. The NHRA Mello Yello Drag Racing Series will feature a full day and one night of nitro qualifying. Here fans will be able to see who has the best speeds both under the sun and under the stars. The weekend culminates with the Championship on Sunday.